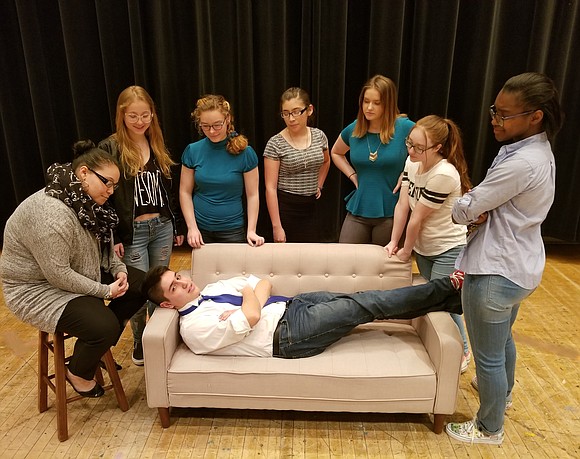 Joliet Central's production of "Jake's Women" is a return to true American comedy.

This hilarious show is the story of Jake, a novelist who is more successful with

fiction that with life, and the marital crisis he faces by daydreaming about the

women in his life. The wildly comic and sometimes moving flashbacks played in his

mind are interrupted by visitations from actual females. Director Joe Hoyt is

most challenging style of theatre- theatre in the round. "This marks the first time

8th year with the high school. A professional actor and director, Joseph received

Kentucky, and Chicago, IL. Some of his directing credits include A Mid Summer