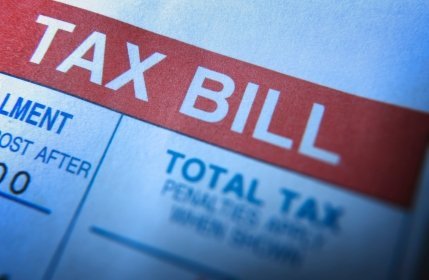 A new report by the Illinois Policy Institute, indicates that Will County taxpayer concerns for rising property tax bills could be relieved by pension adjustments.

The report shows that pension costs are contributing to the outpacing of spending on state and local services by more than 50 cents for every new property tax dollar in Illinois.

“Illinois is unique in that it has a pension protection clause in its constitution,” said Bryce Hill, a research analyst for the Illinois Policy Institute.

Hill said taxpayers are not going to be able to keep up with pension costs, if the three percent automatic annual cost of living adjustments continue to be applied and suggested that Illinois limit annual benefit increases and require all new workers to participate in a 401(k) plan.

Hill turned to Arizona as an example of a state that recently amended its constitution to lessen the burden on taxpayers and said pension contributions need to be more reflective of the times.

The amendment to Arizona’s constitution does not apply cuts to current pension recipients.

“The quickest way to get real reform is to amend the state constitution,” Hill said. “It takes lawmakers to pass an amendment with a three-fifths vote, and the taxpayers would need to vote.”

The passage of a resolution typically requires six months before a question can be placed on voter ballots. As such, the earliest the public could weigh in on the matter is November 2020.

The research organizations, The Civic Federation and the Center for Tax and Budget Accountability, offer insight, as well, on the matter of maximizing the quality and cost-effectiveness of government services in Illinois.

Home values are not keeping up with property taxes, according to the Illinois Policy Institute. Property taxes rose faster than home values by 422 percent in Will County over 20 years.

What’s more is 88 cents of every new property tax dollar for municipal police departments in the last 20 years went to police pensions, not providing police services, like hiring or equipment.

The reports shows the same effect holds true for municipal fire departments in Will County, with 49 cents of every new property tax dollar in the last 20 years going to pensions, not fire protection.

McGuire hopes the effort of lawmakers to address rising property taxes and the pension crisis will not be for naught.

“There’s been bills introduced, and I’ve voted on them,” he said. “Senate Bill No. 1 passed both chambers and was ruled unconstitutional. That court decision told us that parts of the law are off limits to change. Since then, we’d identified parts we can change.”

Among other related issues of note for Illinois is its tax system.

The system is need of modernization, McGuire said. Surrounding states have already broadened their bases to cover services in accounting for the lower tax rate.

The state of Illinois has yet to follow suit, to date.

McGuire recognizes that funding woes led to failure by the state to provide funding for schools in the past and said lawmakers have since coupled $3 million in funding with the new evidenced-based funding formula.

“This should take pressure off the schools boards and lessen the need to raise property taxes,” he said.