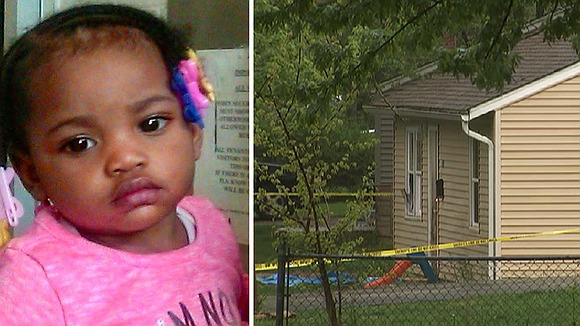 The Will County Sheriff’s Office recently released the 911 missing-person call placed more than a year ago by the mother of a 17-month-old girl who was later found dead under a couch at her home in the 300 block of Louis Road in Joliet Township.

The voice of the mother, Sheri Gordon, is captured in the April 25 recording reporting to a dispatcher the disappearance of her daughter, Sema’j Crosby.

“Oh, my god, no,” Gordon sobs into the phone toward the end of the call as she starts hyperventilating. “Where’s my daughter?”

Gordon is one of four subjects identified by the Will County Sheriff’s Office investigation into the unsolved death of Sema’j. Reports show that Sema’j died April 27, and it was later ruled a homicide.

Other subjects include Sema’j’s grandmother, Darlene Crosby; an aunt, Lakerisha Crosby; and a friend of the grandmother’s.

Various parts of the recording reveal that Gordon is calm, distracted and panicked. She is asked a series of questions by the dispatcher during the call to help guide the Will County Sheriff’s Office and its search effort.

On the recording, the dispatcher asks Gordon of Sema’j’s whereabouts leading up to the 911 call.

“She was outside playing with the kids, and she’s missing,” Gordon said.

Later in the call, Gordon is asked if she searched her home to determine if Sema’j is inside.

Other people can be heard in the background during the call, and there is loud screaming and crying heard toward the end of the recording.

R.J. Austin, a lead detective for the Will County Sheriff’s Office, said it is not reasonable to think any other individuals could be involved in this case.

“We have accounts,” he said. “It was only family there.”

The Will County Sheriff’s has not placed any charges, to date.

When asked what he feels is keeping the investigation alive, Austin said “I won’t give up.”