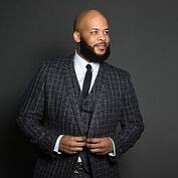 From LXW Chicago and Zacardi Cortez to James Fortune, the Bolingbrook music scene will move crowds to lift up their voices and sing next month.

Admission is free and the community is invited.

The festival has a lineup featuring Adrian B. King and Reverence, Darius Brooks, and the praise teams for Crossroads of Faith and Compass Church.

Watts said the festival aims to showcase a diverse sound from the Christian music scene.

From soloists and praises teams to gospel, the event will offer something to entertain everyone.

Watts said it’s no question that Brown would be proud to know the event will carry on.

At the event, there will be food and product vendors, kids activities, prizes and giveaways.

About six months ago, the planning committee started planning to hold this year’s Bolingbrook Joyfest.

“There’s certainly things we plan one year out,” Watts said. “The bulk of the event is done six months in advance. You must secure performers, and that’s a big part of it. Things like reserving instruments, you want to lock that in.”

“The head count for attendance has grown over the years,” Watts said.

Watts said the festival’s popularity rings true for many.

“The community is aware of it,” he said. “The churches and the committee’s ability to market the event has helped. We’ve used different strategies to get the word out. The support of leaders and clergy leaders has been instrumental. It’s primarily word of mouth.”