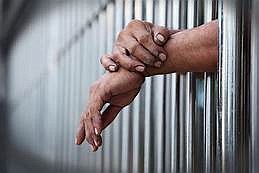 A federal court has ordered the state of Illinois to address its “failure to…meet the constitutional requirements with respect to the mental health needs of” its approximately 12,000 prisoners with mental illness. This case reached a settlement agreement in 2016, but the Illinois Department of Corrections (IDOC) failed to live up to the agreement, and constitutional violations continued, according to the plaintiffs’ lead counsel, Harold Hirshman, senior counsel for Dentons.

In October 2018, the court issued a 50-page decision finding that IDOC has been deliberately indifferent to prisoners’ mental health, in violation of the Eighth Amendment.

The court has entered an order directing IDOC to take specific steps to immediately address its mental health care crisis, saying “the record here demonstrates a long history of the Defendants’ non-compliance with various terms they had agreed upon.” The court specifically criticized the Department’s reliance on Wexford (a private company), saying, “Defendants cannot shirk their constitutional obligations by delegating them to another.”

The court also found that crisis watch, where suicidal prisoners are held in solitary confinement, naked, in a bare room with absolutely no property except a so-called “suicide smock,” is “being used in a manner that is detrimental” to prisoners.

Judge Michael Mihm said the defendants have failed “to adequately staff their facilities,” and ordered, among other things, that IDOC “meet the staffing requirements of their 2014 Remedial Staffing Plan within 90 days.”

“The court's order requires the state to fill long-vacant mental health staff positions and provide treatment that is needed to stop harming prisoners throughout out state,” said Amanda Antholt, senior attorney at Equip for Equality and one of the attorneys representing the plaintiffs.

“We're thrilled to see the court recognize this as an emergency situation. IDOC has failed to provide constitutionally adequate mental health care for far too long. The judge's order to hire additional staff within 90 days should bring some much-needed relief to prisoners who have been suffering,” said Alan Mills, executive director of Uptown People’s Law Center and one of the attorneys representing the plaintiffs.

“Time will tell whether this powerful order is sufficient to cause the defendants to provide the care they promised in the settlement agreement; care required by the Constitution,” said Harold Hirshman, senior counsel at Dentons and the lead counsel of the attorneys representing the plaintiffs.