Wayne's Words: Story of the year 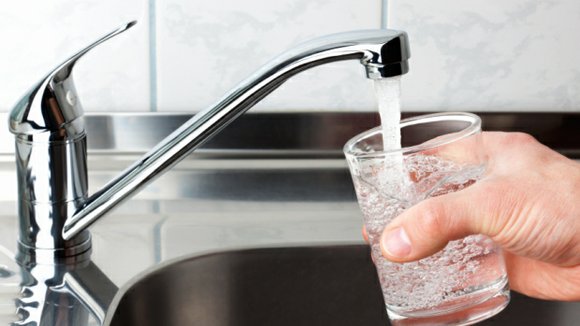 New Lenox's water and sewer rates would go up in January under a plan set to be approved by the village board this month.

The big story for 2019 could be Joliet’s quest for a sustainable source of drinking water for the region. The City’s Environmental Commission is scheduled to submit recommendations to the City Council regarding the most viable alternatives for future water resources. The Commission has identified 14 possible sources. Five have been eliminated for various reason, mostly for viability and control issues. The remaining nine are potential solutions, cost notwithstanding.

The Commission has broken the process down into two phases. The first phase only considers viable resolutions to a sustainable water source. Phase two will consider the cost of the viable solutions.

Basically, phase one has identified three possibilities for a minimum 50- year solution starting in the year 2030, the Kankakee River has four variations possible, Lake Michigan with four possible variations and the Illinois River which offers a high volume of available water but the lowest quality of the three possibilities.

The Commission’s mission is more complex than just finding a sustainable water source for the next 100 years or so. Besides cost there is an issue of how much control the City of Joliet will have regarding ownership and maintenance of whatever means (pipeline) is developed to bring the water to Joliet. One of the Lake Michigan possibilities, for example, would not allow the city to exercise any control over the delivery of water. That would mean the city could not sell water and its services to any other locales. Without that ability, the cost of water to city customers is left to a third party.

There is also the issue of conservation of current and future water resources. The inconvenience of watering the lawn on odd-even dates may become even more inconvenient. The City currently lacks an adequate enforcement of the existing rules. Indoor use of water is up to the occupants. Will residents voluntarily reduce the amount of water use or will it be necessary to install actual barriers to unlimited use of water? There is also the possibility of contamination of the chosen resource. These are just a few of the considerations woven into the mission solution. And what about the cost?

According to discussions at the Commission meetings the most viable solution could be costlier than other less expensive solutions. Whatever the solution decided on there is no bundle of cash waiting to be spent on the solution. Much of the cost for any future water resource, regardless of where it comes from, will be borne by current and future rate-payers. That’s us! There is the possibility Federal and State of Illinois money could be accessed. But there is a lot of competition for those dollars because the issue of where water comes from is a nationwide problem.

The bottom line here is that when the Environmental Commission makes its recommendation to the City Council at the January meeting, it will be just the beginning of what will be the story for Joliet residents in 2019.

One last thing, again… in what could be called an extraordinary coincidence, last week’s Joliet City Council meeting agenda included seven payroll reports previously missing from City Council agendas since October 2. The Wayne’s Words column from December 13 pointed out that payroll reports for city employees had not been available for approval since then. The last report in October was for an August payroll period. Payroll reports usually provide a status report on city employee overtime. Interestingly, six of the seven reports the Council approved did not contain an overtime report.

Payroll reports are generally routine and normally passed without comment. However, the presence of seven reports all at once on last week’s agenda prompted Councilman Pat Mudron to question the fact the reports hadn’t been previously approved. This prompted a questionable excuse from Councilman Mike Turk that the absence of a payroll clerk from city staff caused a delay in the reports being completed.

Apparently, including the overtime report as the third page of a computer-generated report in six of the seven reports was too burdensome for the Finance Department to complete. By the way, as an FYI, the overtime budget that was listed revealed that overtime for city employees had reached almost 100 percent of budget with four months remaining in the 2018 Budget year. Overtime for the Fire Department exceeded 140 percent with four months left in the year. Go figure. It would seem the Council should be more diligent regarding budget matters. The seven payroll reports totaled in excess of $24.1 million.