“Black Ink: Literary Legends on the Peril, Power, and Pleasure of Reading and Writing,” edited by Stephanie Stokes Oliver 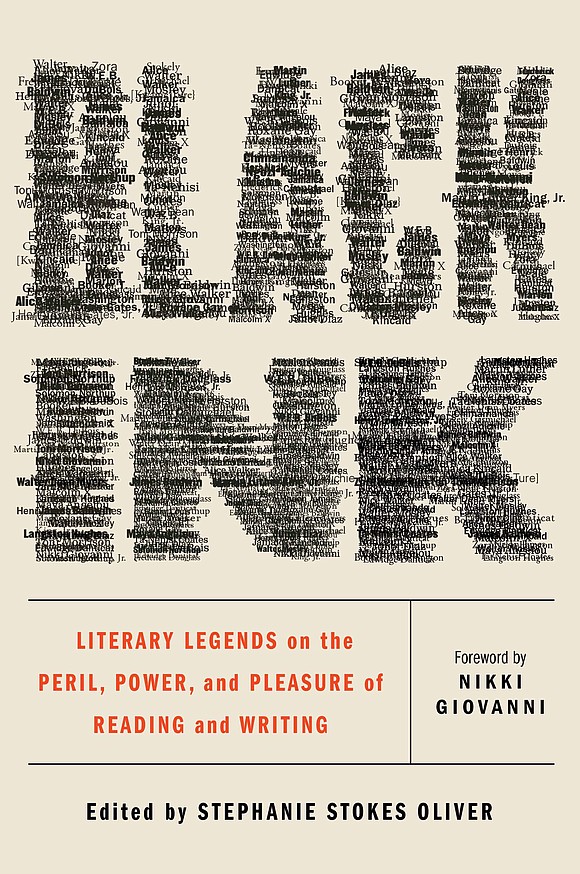 Read this. And that. Read what’s next to it, what’s above it, and the next page. Read it, because words soar. Read it because you can. As you’ll see in “Black Ink,” edited by Stephanie Stokes Oliver, it wasn’t always so.

For two hundred years of this country’s history, it was illegal for a person with black skin to read. Also illegal was writing in words that made sense; slaves who defied the law faced severe punishment, as did their teachers. Because of that, the story of “full literacy among African Americans has yet to be documented,” says Oliver, and this book helps “fill that void.”

When Frederick Douglass was a young man, for instance, he was owned by a “kind and tender-hearted woman” who taught him to read. Before he fully understood the process, however, she turned “evil,” but Douglass was undaunted. Seeing that which was started as a means to a better future, he used “various stratagems” and found unaware “poor white children” who helped him fill in the blanks.

Books helped Ta-Nehisi Coates to learn who he was, while Booker T. Washington saw a schoolroom as “paradise.” Zora Neale Hurston once claimed that she was “supposed to write about the Race Problem” – problem was, that wasn’t her interest.

As one of the best students in his Eighth Grade class, Malcolm X dreamed of being a lawyer until a teacher put him down with words meant to “be realistic.” Instead, it lit a fire in young X’s spirit and drove him to be successful.

Maya Angelou was prodded to read by a neighbor who gave Angelou a voice. Toni Morrison looks at writing, in part, as “…awe and reverence and mystery and magic.” Stokely Carmichael was a bookworm (and was teased mercilessly for it). Jamaica Kincaid bemoans the loss of a library in her hometown (since reconstructed). As a girl, Terry McMillan never even considered that Black people could write books.

And, on the subject of diversity in children’s literature, Walter Dean Myers says, “In the middle of the night, I ask myself if anyone really cares.”

By virtue of reading this far here, you know you’re a reader. But what kind of meaning does the written word hold? For the twenty-seven African American writers included in “Black Ink,” words are everything.

Beginning with slavery still fresh, and wrapping up with a former President’s thoughts, Stephanie Stokes Oliver pulls together African American literary giants who seem to make literacy something that should be in bold neon letters. Indeed, the essays you’ll find in here will make bookworms want to stand up and cheer. Reading is a superpower, in Solomon Northup’s essay; and an old friend, with Roxane Gay. Words feel playful, with Colson Whitehead; and like precious gems with Maya Angelou.

This is one of those books that you can browse, flip through, and consume at leisure, with essays of varied lengths and interests. If you are a reader or a writer, or both, “Black Ink” will be a delight.