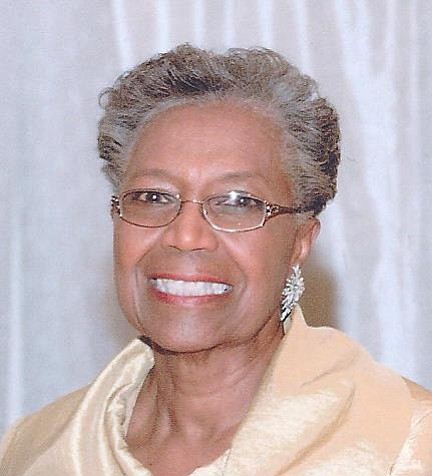 The event, held recently at Harrah’s Casino in Joliet, aims to benefit students in higher education. Several hundred guest including 14 of Mahone’s personal friends from her church, sorority as well as her husband came out to show their support.

“I feel very honored,” Mahone said. “It’s not something I earned alone, it’s with the help of others.”

Mahone is a retired Joliet Central teacher whose efforts helped spear head the creation of what is now called, “The Betty Mahone Joliet-Area Black College Fair.”

Mahone said she thinks she’s been bestowed with the Legacy award “because of the work I’ve done in the community, bringing a black college fair to Joliet.”

Mahone started the fair 25 years ago after seeing the need in the community.

At the time, her son was conducting a college search and she noticed the lack of historically black colleges being represented.

“Most historically black colleges are in the south,” Mahone said. “Unless students have relatives in the south, they don’t know what’s available to them.”

This year marks the black college fair’s 25th anniversary, and Mahone still helps with the planning for the annual fall event.

“It’s something that’s dear to my heart,” she said. “It’s a great benefit to the community.”

Mahone said seeing the community come together to support its youth is very important.

Chicago Inter-Alumni Council president Brianna Pulliam said Mahone “has created a legacy that has impacted thousands of students in the Joliet area and beyond.”

“She has given a spotlight to historically black colleges and universities that has made a significant difference.”