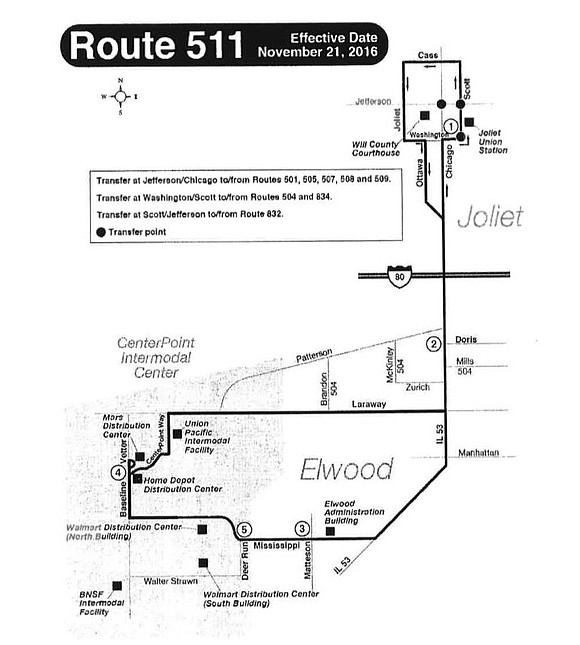 A new cost-sharing partnership, approved by the city, will double the bus service travelling from Joliet to the CenterPoint Intermodal facilities in Elwood.

Under the agreement, Pace will add two round trip routes—one in the morning and another in the evening—to the Intermodal facilities on its 511 Route which starts on Washington/Scott Streets and makes stops along the way at the intersections of Route 53/Doris Ave., Mississippi/Mateson, CenterPoint/Baseline, and Deer Run.

The city will pay half of the $36,728.31 cost of the added trips with CenterPoint matching the other. The cost equals about $144 per day for 255 days of service. The agreement doesn’t include trips for Saturday, Sunday or holiday service.

A city memo indicates that adding the routes “is important for continuing economic development of the CenterPoint area” and that the mass transit option is needed for “lower income employees who do not own a car.”

The memo also says that the cost will be offset by revenue from the city’s share of bus shelter advertising.