Bolingbrook United’s Response to the 2018 State of the Village 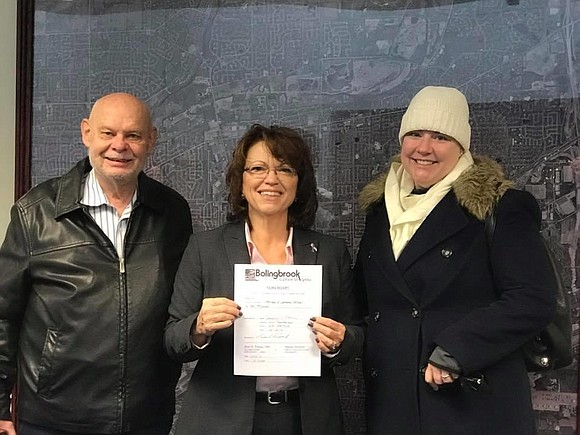 The following is Bolingbrook United’s response to Mayor Claar’s January 18, 2018, State of the Village address.

The State of the Village was an event for a select few: Yesterday an elite group of Bolingbrook business owners, residents and guests, along with countless politicians, listened to Mayor Roger Claar provide his view of the state of our Village. The event took place at the taxpayer funded and owned Bolingbrook Golf Club. Like previous years, if residents wanted to attend the event they had to pay a staggering fee of $70 per person. Many residents cannot afford that high-ticket price or have the ability to take time off work to attend the event, which was held on a Thursday afternoon. As a result, such residents are relegated to watching it over the Internet or on public access television. Bolingbrook United believes that the State of the Village should be held at Village Hall or the Bolingbrook High School, during the evening, with no cost to attend. It should be open to all residents, and not just those who can afford to take time off of work and pay an exorbitant fee to attend.

There is need for more economic development: During his address, Mayor Claar expressed his concerns about the economic shift away from typical brick and mortar retail and the effect it is having on local tax revenue. He complained about the Bolingbrook Commons Shopping Center, the former location of Century Tile, and mentioned how it is an eyesore. He specifically noted that little has changed with the Shopping Center since he became mayor over 34 years ago. While Bolingbrook United agrees with Mayor Claar about these concerns, we believe that his inaction has allowed this ‘eyesore’ and many other retail spaces to remain as virtual ghost towns with mass vacancies and unrenovated buildings. One of the first things Trustee Bob Jaskiewicz, of Bolingbrook United, did after being elected was discuss with Mayor Claar the need for an Economic Development Committee, which would look at how to better utilize these spaces, attract new businesses, and turn ‘eyesores’ into functioning businesses that improve our community. Mayor Claar refused to consider Trustee Jaskiewicz’s suggestion. Instead, during the State of the Village, Mayor Claar stated there was nothing that could be done for such areas. Instead of complaining and throwing in the proverbial towel, Mayor Claar and the rest of Village Hall should be taking action. Bolingbrook United believes that an Economic Development Committee should be established immediately and that the Village should stop being complacent and instead go to work on helping to revitalize these vacant areas.

The Village must address the massive debt it has incurred: Under the leadership of Mayor Claar, the Village has incurred over $300 million dollars of debt in part by expending Village dollars on frivolities such as the following: purchasing Clow airport; building the Bolingbrook Golf Club; and attempting to become a home developer by purchasing Americana Estates. At no time during his address did Mayor Claar mention how much debt the Village has, but he insisted that the Village is finished with incurring debt. Unfortunately, this is not a true statement. The Village is currently involved in litigation with Illinois American Water. In short, the Village is attempting to buy back the water system that Mayor Claar and the Village sold 20 years ago. That transaction, when it occurs, is expected to cost the Village tens of millions of dollars that will be added to our debt.