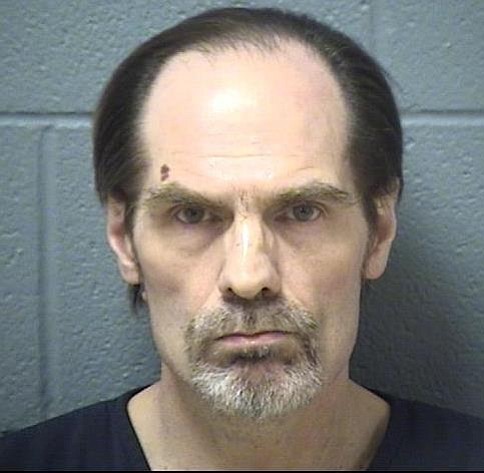 Will County State's Attorney Glasgow announces that a Plainfield man who sexually abused two young children over a period of 10 years received 12 consecutive life sentences for his crimes.

A jury in March found David B. Libby, 52, guilty of 12 counts of Predatory Criminal Sexual Assault of a Child. The defendant was sentenced by Circuit Judge Sarah Jones on Thursday. Under Illinois law, a conviction on each Class X Felony carries a mandatory life sentence, and the sentences must run consecutively.

Libby, who had unrestricted access to the children, began sexually assaulting the children when they were young. The assaults began in 2004 and continued through 2014. The sexual abuse came to light when an alert teacher contacted the school social worker after one of the children made a troubling comment on a written test. The student eventually reported the abuse to the social worker, who contacted Plainfield Police.

"David Libby is a vile monster who engaged in the repeated and horrific sexual abuse of two children from a time when they were very young and impressionable," said State's Attorney Glasgow. "It took tremendous courage for them to come forward and testify against this vile and unrepentant predator. They helped police and prosecutors place him behind bars where he will never harm another child and where he will certainly draw his final breath."

Libby admitted to sexually assaulting the children when he was interviewed by police.

The State's Attorney noted it was a team effort that took Libby off the streets. He credited Plainfield Police for conducting a first-rate investigation and his prosecutors, Mary Fillipitch and Kelly Tebo, for their skilled trial work that secured the conviction and life sentence.

He also applauded the staff at the Will County Children's Advocacy Center, including forensic interviewer Jaclyn Lundquist, for obtaining recorded statements from the two children that sealed the defendant's fate, as well as the director of his Victim Witness Services Office, Nichole Pasteris, who guided these children through a lengthy and difficult court process.

And he thanked Cheri Johnson, who supervises the handling of his team of therapy dogs, Kiwi, Jackson, and Mally. The dogs comforted the children at each step in the court proceedings.