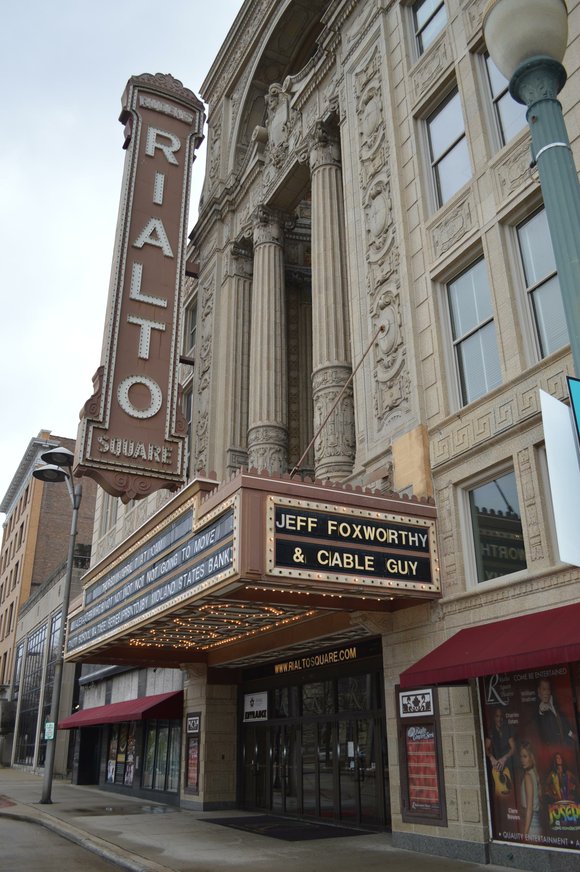 The Rialto Theater in Joliet. Photo by Brock A. Stein

Sponsored by Irish American Society of County Will

This multi-national, Celtic juggernaut grows stronger with each live performance,

and as you can imagine, after two decades and over 2000 shows, it is a true force to

be reckoned with. With their latest release, Go Climb a Tree, their music has never

sounded more representative of themselves as musicians and as live performers.

The country-music folks adore the storytelling, the bluegrass-heads love the instrumentals, Celtic fans love their devotion to tradition, and the rockers simply relish the passion they play their instruments

with. Heather Land: i ain’t doin’ it tour

Her hilarious Snapchat videos have us laughing — with more than 300 million views. Now you can see her in person on the 2018 i ain't doin it tour for a solid night of comedy as she says, "Full of crazy things I ain’t doin (and a lot of mess I’ve

already done). I’m also bringing some music your way so get ready!" A VIP Experience is available including a meet and greet.

Sheila E. is a world renowned, multi-talented musician whose career has spanned over thirty years. Throughout her time in the music industry, Sheila E. has carved a name for herself as one of the world’s most gifted and iconic percussionists, having

collaborated with artist like George Duke, Marvin Gaye, Gloria Estefan and Prince. Sheila’s current album ICON was an international success. She’s also released her biography, The Beat of My Own Drum (Simon and Schuster).

We have partnered with local breweries around Joliet and surrounding areas to bring a unique experience for all. Craft beer enthusiasts will enjoy a sampling of beers from their favorite local breweries, while enjoying the ambiance of the majestic Rialto Square Theatre. La Loma Taco Truck will be on hand serving up the best tacos in the area.

Tickets to the inaugural Rialto Square Theatre Beer Bash are $50, and include beer

entertainment from some of our favorite local bands. Tickets are limited so

Street Pub, or online at www.rialtosquare.com

Join the STAR program and support the Rialto Square Theatre 501c3 Foundation! With your tax-deductible donation, STAR members enjoy exclusive benefits, including pre-sale access, priority bar service, their own VIP entrance to the venue, and much

more. Anyone interested in becoming a STAR member, please visit

Tickets are available in person at the Rialto Square Theatre Box Office, online at

located at 102 N. Chicago Street in Joliet. More info at: