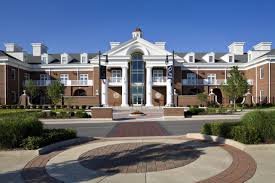 The effort to begin planning and later building a new sewage treatment plant is underway in New Lenox, according to officials.

During a recent meeting of the New Lenox Village Board of Trustees, Village Administrator Kurt Carroll announced that the village has officially acquired an 80-acre property, off Laraway Road and West of Gougar Road.

Officials had received backlash in recent months over the prospect of constructing a sewage plant off Delaney Road.

Trustee David Smith said he appreciates the efforts made by those in the community to make sure their voices are heard.

“You guys opened our eyes up,” he said. “Like we have said dozens of times, we’re only so many eyes. We need more people out there. Tell us what the issues are, and we’ll see if we can do something.”

Residents at the meeting clapped and thanked the village for listening to their concerns for the former plans for the sewage treatment plant and its proximity to their homes and families.

Maura Pinta, one of the many residents who expressed concern over the project in recent months, expressed her gratitude for the property acquisition during the meeting and said it is wonderful knowing the village listened.

In a related development, officials approved a proposal by Strand Associates for planning services related to the new sewage treatment plant.

The measure, as approved, allows for water resource recovery facility and conveyance modifications.

“The next step is to compile a project plan to demonstrate the viability of the project to the Illinois Environmental Protection Agency,” Public Works Director Brian Williams said.

Also at the meeting, New Lenox officials authorized an agreement for the annexation of a 5.29-acre property at 1429 E. Lincoln Highway.

Plans are proposed for the property to become the new home to a collision repair business, Crash Champions, which has an existing establishment at 290 E. Lincoln Highway.

The matter drew some residents to express their views at a June meeting of the New Lenox Plan Commission.

New Lenox resident Ed Wicherek approached the Village Board to speak of his concerns for water and buffering, among other issues.

Trustee David Smith explained that annexing and zoning a property does not equate to the Village advancing a proposal to develop a property.

The board will review the plans submitted to the Village for consideration at their first meeting in August.

A brief recap of action and discussion at a July 23 meeting of the New Lenox Village Board of Trustees:

• Officials authorized a professional surveying services agreement with Alta Survey for the new site of Cooper’s Hawk Winery & Restaurant. The village will pay $2,500 to satisfy this aim.

• A motion was passed granting a special use for a final planned unit development plat for the Shoppes at Heather Glen, located at the northwest corner of Laraway Road and Tower Lane. Board action assists in the advancement of plans for an 8.6-acre vacant lot to house a tractor supply company store.

• The Village authorized a special use for a final planned unit development plat for a 10.13-acre lot, located east of Silver Cross Hospital. Board action helps propel plans for Alden Estates-Court, Kiddie Academy and a future commercial use.

• A motion was passed authorizing a request for final plat of Shannon Estates, a 14-acre lot located off Joliet Highway, between Schoolhouse and Spencer roads. Plans are in the works for 42 single-family homes to occupy the site.

• Officials approved a surety in the amount of $1,291,865 for the completion of public improvements related to Shannon Estates.

• The board authorized an agreement between the village of New Lenox and the Metropolitan Alliance of Police.