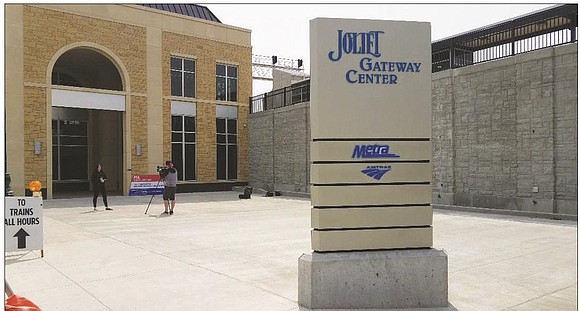 Plans for a coffee shop to operate out of the Gateway Transportation Center are brewing for Joliet.

Members of the council shared excitement during the meeting for the new development dubbed the Treno Café, located at 90 E. Jefferson St.

The 194-square-foot space, located at the Gateway Transportation Center, has commuter foot traffic on weekdays averaging to approximately 1,000 people per day, according to the council. The train station opened two months ago, and Joliet is a stop for two Metra commuter lines.

Two proposals were submitted for the public-private partnership to operate the facility, one from Georgeouses, and the other from the Great American Bagel owner Tom Grotovsky.

The committee selected John Georgeouses as the city’s partner to operate the new coffee shop. Georgeouses and his wife owned and operated the Route 66 diner/restaurant for 20 years and are familiar with the downtown area.

Council action, as taken, gives Georgeouses a five-year lease with an option to pick up an extension of the same length after the first term ends. The agreement, which begins July 1, outlines that the tenant will pay $500 a month, plus five percent of gross sales once they hit the $15,000 threshold.

Plans for the space indicate that donuts, sweet rolls, premium coffee, soft drinks, water, sandwiches and newspapers will be provided to commuters.

Georgeouses and his wife will operate the coffee shop daily. The hours of operation are listed as Monday through Saturday from 4:30 a.m. to mid-afternoon.