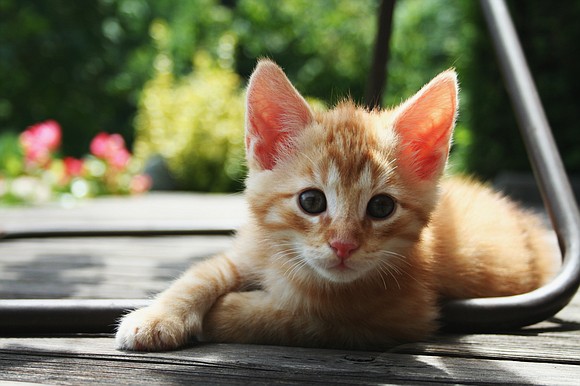 Feral cats may look cute and cuddly, but they are a lot different than a typical house cat.

While feral cats are considered wild animals and prefer to live their lives outdoors, their kittens can be rescued from the streets and put into loving homes.

Feral cats have never been socialized to humans. In fact, feral cats are generally afraid of people and may even run away if approached, according to Megan Arroyo, a veterinary student of Veterinary Medicine & Biomedical Sciences.

Because feral cats live their entire lives independent from humans, they may not be spayed or neutered by a veterinarian. This can lead to an overpopulation of feral cats, as well as kittens being born in unsafe areas.

However, local animal shelters, veterinarians, and other programs may be able to help prevent the overpopulation of feral cats by giving kittens born to feral cats a good home.

“If you find a potentially feral cat with a litter of kittens, one of the best places to start is by contacting your local animal shelter or animal control,” Arroyo said. “They should be able to help you to decide the most appropriate action to take, which is often trapping the mom and the kittens so that the mom can be spayed and the kittens socialized and placed in homes.”

A properly socialized kitten is exposed to humans and other species, such as dogs, between the ages of 2 to 7 weeks, Arroyo said. Once they are weaned from their mother, at around 4 to 6 weeks, kittens can socialize even more in a foster home or their permanent home.

“Socialization is basically what it sounds like—you want to expose the kitten to experiences you would like it to be comfortable with as an adult, such as gentle handling and petting,” Arroyo said.

Socialization is beneficial because it gives kittens a better chance at finding a loving home that can provide veterinary care, which can help significantly increase the kitten’s lifespan, Arroyo said.

Since adult feral cats prefer to live out their life in the wild, the mother feral cat will typically be re-released after she is spayed and her kittens are weaned.

“This allows her to live out her life where she is happiest, but keeps her from contributing to the feral cat population,” Arroyo said.

There are many benefits of rescuing kittens born to feral cats, but the biggest reward is knowing that you saved a life.