Trapped after it flew into a washing machine 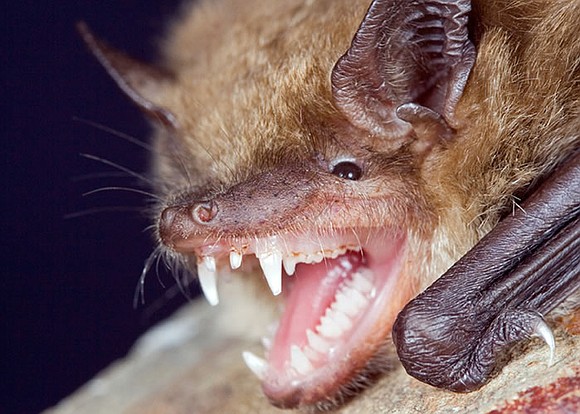 A captured bat has tested positive for rabies after being trapped inside a washing machine, at a home in the 60 block of Salt River Court in Naperville, which is within the Will County borderline.

Will County Animal Control took control of the bat, after having been contacted by the Naperville Public Safety Department. The best tested positive for rabies at the Illinois Department of Public Health lab on June 8th.

There were five people, including three children, in the home; along with two dogs. The residents do not meet the criteria for Rabies PEP treatment, but it is recommended that they speak with their physician. Animal Control is looking into the status of the two dogs. The first rabid bat of the season in Will County was captured in Joliet on May 28th.

In addition to reporting any discovered bats immediately, residents are reminded to remove any people and animals from the area where the bat is, close off the vicinity where the bat is located if possible, and look over all present residents and pets that were around the bat for any small punctures or bite marks. Please also remember to have your pets currently vaccinated against rabies.

For more on dealing with bats, go to https://www.cdc.gov/rabies/ orhttp://www.willcountyillinois.com/County-Offices/Public-Health-and-Safety/Animal-Control/Bats.