Wayne's Words: Take me out to the Ballgame? 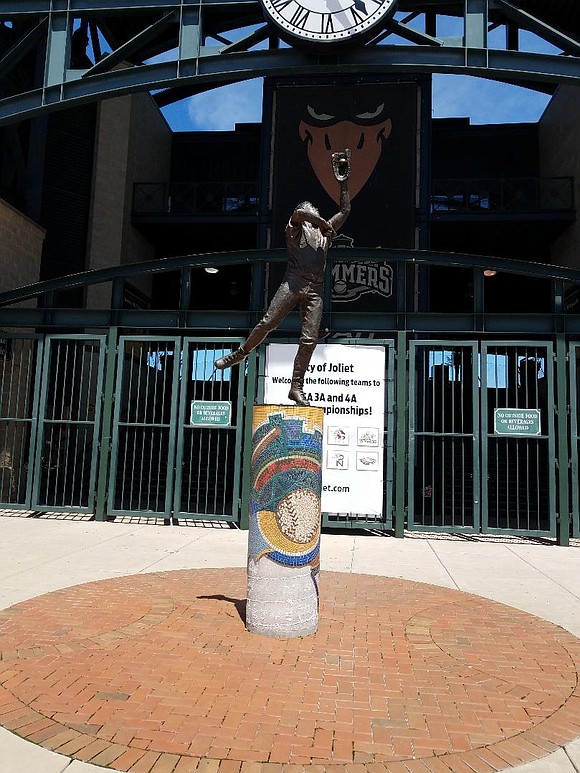 The City of Joliet baseball stadium is now in it’s 16th season and has been continuously occupied since opening day in 2002. The first occupants were the Joliet Jackhammers. The initial season saw over 180,000 fans attend the games played. The fans came to see the team play, have a couple of hot dogs, maybe a beverage and they were kept amused with between inning entertainment.

Success seemed assured. The city used casino revenue to pay cash for the construction of then named Silver Cross Field. The original cost was somewhere around $27- $29 million. There never was a plan submitted by the city, or anyone else, that projected how much revenue would be necessary to maintain the structure and the grounds. There was never any consideration made for paying back to city coffers the revenue used to build the stadium. Quite the contrary, it was said to be a “quality of life project” that would enhance the downtown and its environs. It was also said that no taxpayer money was used in its construction. In those days casino revenue was free money, not taxpayer dollars, according to city officials at the time.

The Jackhammers lingered at Silver Cross Field until 2010. Their last season there attracted 165,000 fans. The rent that year was $230,000. The rent amount didn’t mean anything because the Jackhammers organization never paid the rent money they owed, not even an IOU. The city’s administration never mentioned the fact that rent wasn’t being paid for some 15 months. When it was revealed at the end of the 2010 season that the Jackhammers baseball team would not be returning the next season, the city administrators scrambled to find a replacement.

Enter the first Joliet Slammers organization for the 2011 season. We’ll call them Slammers #1. They didn’t make any money either and sold the team to the current Joliet Slammers organization. We’ll call them Slammers #2. The last year the Slammers #1 organization team played, 2012, they drew slightly more than 104,000 fans. When Slammers #2 took over, the city generously offered the new owners of the ball team reduced rent of $50,000 for two years and $75,000 for the last three years of a five- year lease. To sweeten the deal, the city threw in a $60,000 a year share of the naming rights for Silver Cross Field. That essentially made the lease deal almost rent free. The new organization drew just over 100,000 fans in 2017, their peak attendance in five years. The lease ended in 2017.

The city moved cautiously for the 2018 season by only granting a one- year lease. The rent is $25,000 for the year. There are no naming rights to share since the Slammers organization, who has the responsibility for securing the rights, found no interested group willing to pay to name the baseball field.

Joliet City Manager, David Hales, is currently reviewing the requirements that will apply for a new lease. According to Hales, there is currently no organization, other than the Slammers, being considered for a new lease. When the City Council’s Stadium Committee met last week, Hales reported that he needed input from additional sources before he could make a recommendation on a new lease.

The current lease, as well as all previous leases, provide that the occupying baseball organization is also the managing agent for all events inside the stadium. The City of Joliet receives none of the revenue those events generate. According to the city manager, the Slammers organization does not allow the city to review revenues and expenses they generate. In other words, their books are closed for evaluation.

How do you measure their success so far this year? That’s a hard question to answer, but here’s what’s happened so far this year. The team is currently in last place in the Frontier League. The Slammers are also last in game attendance for the year. They currently average 1,471 paid attendance per game. With 33 home games left (without rainouts) they would have to average 2,375 fans per game just to reach last season’s attendance record. They have never averaged that many per game in any season. And last year’s attendance was lower than the final season of the Slammers #1 organization.

Since there is no baseball organization, other than the Slammers, waiting in the wings to play baseball at the newly named Joliet Route 66 Stadium, the city can ink a new lease to have the Slammers play baseball. There is no justification, however, to have Slammers baseball organization also be the managing agent for the venue. Hiring a separate management company to book events and manage the Stadium would be a prudent move. Joliet taxpayers should not have to subsidize the baseball team.

With the recent addition of artificial turf to the field and other improvements to the Stadium the city should be able to generate more revenue from additional events and other uses. The City should not be giving that revenue away.