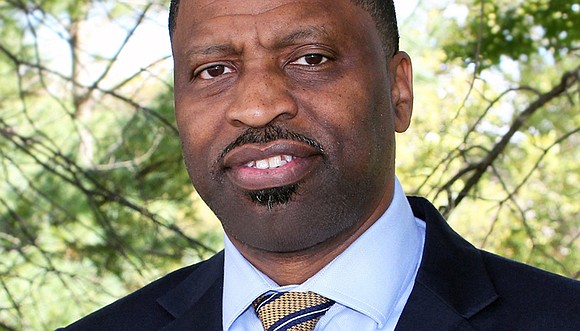 Recently, the NAACP, alongside members of the Congressional Black Caucus, gathered on the steps of Capitol Hill to demand a halt of the Trump administration’s continued attempts to force Thomas Farr—a known racist with ties to the late segregationist Senator Jesse Helms—into the federal judgeship of North Carolina.

Located in eastern North Carolina, this federal district under this judgeship has one of the highest densities of African American voters than any other part of the state, making Farr one of the worst possible candidates that could be considered. Sadly, instead of representing an anomaly, Farr instead represents the archetype for federal judge nominees put forth by the Trump Administration. Whether it’s nominees that refuse to publicly support the Brown v. Board decision that desegregated our public schools or individuals with ties to known racist organizations, what we are seeing are people whose attitudes reflect norms more associated with the era of Jim Crow than our time.

It cannot be ignored that Trump’s White House is engaged in none other than a war against civil rights. Though this is a battle we had hoped to have ended by now, it is not a fight we are afraid of nor is it one we will lose. We have waged war against the foes of civil rights for over 109 years. We fought hard against the nomination of Senator Jeff Sessions to the office of Attorney General and we will continue to fight against Trump’s nearly all-white and mostly male federal judge nominees. Mr. Sessions’ redirection of the Department of Justice (DOJ) away from its civil rights commitment under the Obama Administration to an agency that condones police brutality and other racially based injustices is hardly surprising. We knew he would push the DOJ to withdraw its support for our legal cases against voter suppression and he did. The simple point is that these moves against civil rights cannot be divorced from his boss—President Trump.

Over the past few months, the NAACP has sued the Trump administration on its failure to properly prepare for Census2020. This failure to prepare for the Census means that communities of color, including wealthy communities like Prince Georges County, Maryland, our partner in the lawsuit, will likely be once again undercounted. When this happens, our communities lose out on political representation, federal dollars, and resources that are rightfully ours. We’ve also taken the fight to this administration on the decision by Secretary of Education, Betsy DeVos and the Department of Education to basically throw civil rights under the bus and arbitrarily determine that the department no longer has to investigate complaints of discrimination in our schools. We are also committed to ensuring that DeVos plans for privatization, plans that would destroy our public-school system, never come to completion.

There is a direct correlation between the racism emanating from the White House and the expansion of attacks on the humanity of persons of color. This is clear not only from Trump’s poisonous rhetoric that disparages people, cultures, and nations, but also in the policies that emanate from his office.