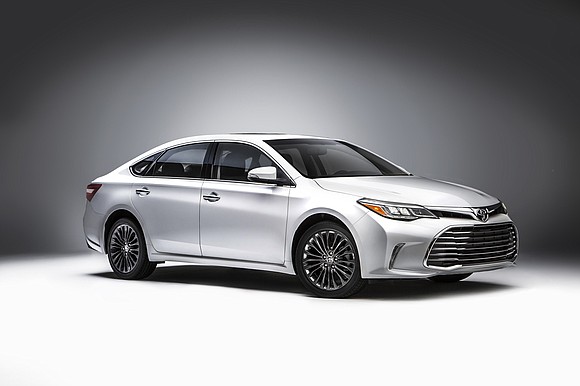 The fifth generation of Toyota’s flagship has undergone a radical makeover. Daring was the word used internally when describing what was in mind. At times during the development, as the team put together its content list the question was, “you do know that this is an Avalon.”

Engineers switched to direct injection of the 3.5-liter V6 engine and picked up 22 horsepower, boosting output to 301 ponies and 267 pound-feet of torque. During my test drive I found this engine to be powerfully smooth and it moved the 2019 Avalon with authority. The front-wheel-drive (big) midsized sedan got 22 mpg in the city, 32 mpg on the highway and 26 mpg combined.

The new eight-speed transmission was decisive in its gear selection. Upshifts were imperceptible, so were downshifts and our test car had paddle shifters. The new Avalon was longer, lower and wider than its predecessor. It goes on sale late this spring.

Toyota hopes to split a hair with the Avalon. The average age of current owners is 64; needless to say the automaker wants to lower that. But it doesn’t want to offend current owners. Thus, they’re utilizing the two track approach through the trim lines. There are four: the XLE, the XSE, the Limited and the Touring. There will also be three hybrid trim lines.

The hybrid will be powered by a 2.5-liter four-cylinder engine. It makes 176 horsepower and 163 pound-feet of torque. The fuel rating was 43 mpg in the city, 44 mpg on the highway and 43 mpg combined.

The XLE and XSE were a little tamer in design and they will be aimed at current customers. While the Limited and Touring models were more robust including love it or loath it grilles and the new quad tipped exhaust.

LED head and tail lights are standard across all Avalon trim lines. And I found the turn signals intriguing. In the front they rolled on and they rolled off in the rear. Small LEDs sequentially came on or turned off creating the effect of an arrow when the turn signal was engaged. You’ve got to see it to appreciate the visual effect.

Top of the line models had paddle shifters and an adaptive suspension; the AVS could make 650 levels of corrections in 20 milliseconds. In other words, it could read the road and adjust the suspension accordingly.

I tried the drive mode on our Limited test car. The sport setting adjusted transmission mapping, steering got a little tighter and the car held gears longer to build torque.

The interior was just short of sumptuous. The leather was soft to the touch, so was the dash and the doors. Fit and finish measured up to what you’d expect from Toyota. In other words, it was excellent good. It was a sunny day and there wasn’t too much reflection in the windshield; that is a pet peeve of my driving partner. The 2019 Avalon had the feel and the look of a premium sedan.