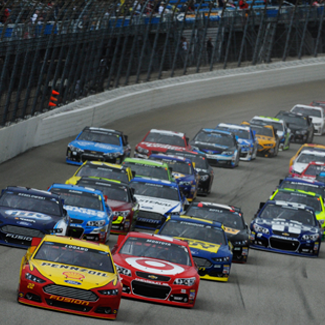 Route 66 Raceway as part of the iconic drag strip's 20th anniversary celebration. On

May 31 - June 3, the stars of today and the legends of yesterday will gather for

have attended since the event's inception at Route 66 Raceway in 1998. Some of the

provided by Joyride. Joyride delivers "A joyful fan experience" as they assist in

transporting fans to and from campgrounds and parking lots. Walking long distances

in the hot sun or rain is no longer an issue when Joyride is on site!

recommended to flag or hail down a driver for the fastest service, which will be

available Friday - Sunday of race week for no cost.

Brown would serve as the official Route 66 Raceway Kids Club Crew Chief in 2018.

66 NHRA Nationals at the Kids Club display. Be sure to sign up on-site or online at

KidsClubRacing.com so you are the first to find out additional information.

Erica Enders will make a special appearance at Hollywood Casino on Thursday, May 31,

where she will sign autographs and interact with fans. The opportunity to meet the

first female Pro Stock Champion is open to all fans of all ages.

will cross sports on Saturday, June 2 to experience the thrill and horsepower

presented by the NHRA. Gragson will partake in Baptism by Nitro and make appearances

autographs at the Toyota display, before making his way to the Chicagoland Speedway