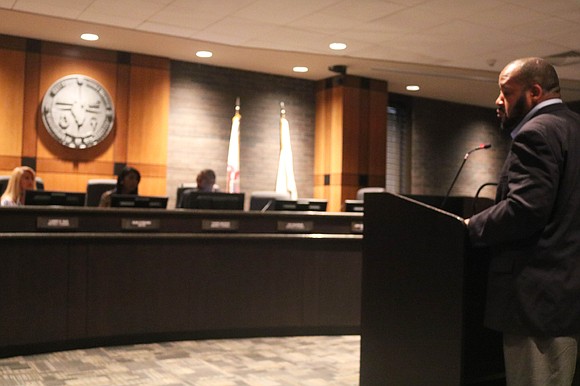 Members of the African American Business Association of Joliet hope the City of Joliet follows through on its efforts to increase participation of minority contractors on city projects.

Officials at the Joliet Diversity and Community Relations Committee meeting invited the community Tuesday to provide feedback on what they may do to promote greater minority contractor inclusion.

The rules, as drafted, stipulate that Joliet-based businesses may benefit from having “a pool of contracts for which they can compete on a fair basis; and take steps to reduce or eliminate aspects of the city’s bidding and contracting processes that pose the greatest difficulties for minority businesses and hinder their participation, prosperity and growth.”

Several at the meeting shared messages of distrust for the city’s direction on the matter.

“We found that with these minority participation ordinances, a disparity study is always required,” said Cornel Darden, Jr., board chair for the African American Business Association. “What a disparity study does is it looks at the whole picture when it comes to discrimination or any types of disparities.”

The city has not had a disparity study conducted, to date. During the meeting the City staff was directed to find out how much it would cost to have this report done.

Some attendees made reference to the Illinois Department of Transportation’s disparity study and how it provides a comprehensive look at their practices.

Darden said that indicates how important it is for the city to have its own local study completed.

“I don’t think that we could craft an ordinance as a city without doing a detailed study of what’s going on in Joliet specifically, as opposed to looking at what IDOT and Joliet has provided comprehensively,” he said.

City Manager David Hales expressed some hesitation about directing the council to go through the request for proposals process to pay a firm to conduct the disparity study.

Joliet does not currently have an appropriation of funding to set aside.

Darden contended that Joliet must view the funding of the study as an emergency.

In the past, residents took issue with minority participation levels, in part, because work was contracted outside the city.

The rules, as drafted, state that contractors will aim at attaining 30 percent of the total dollar value of each city contract. Its provisions go on to outline a set of formal and informal contract remedies to level the playing field, based on race and gender.

City officials and staff sought numerical information from those at the meeting to help shed light on how many are impacted by the issue.

“We need accurate information moving forward,” Inspector General Chris Regis said, noting that the proposed minority contracting rules need to be fair. “We can’t do anything without it.”

James Foster, a member of the group Black Contractors of Will County and owner of New Frontier Electrical Construction, said completing a disparity study will provide the data needed to backup the city’s minority contractor rules.

“It’s just going to highlight what we’re all after here,” he said, referring to the committee’s intent to resolve issues with minority contractor participation. “You’ll get the specific numbers from Joliet. I’m all for a disparity study, if that’s what it takes to move this wagon along.”

The effort to promote inclusion of minority contractors is not only an issue for the City of Joliet but also Will County.

A protest in support of the cause was last organized outside the Will County Courthouse this past winter.

Willie Sellers, professional development committee chairman for the African American Business Association, urged members of the Joliet City Council and everyone at the city to recognize that “it’s time for us to make a change.”