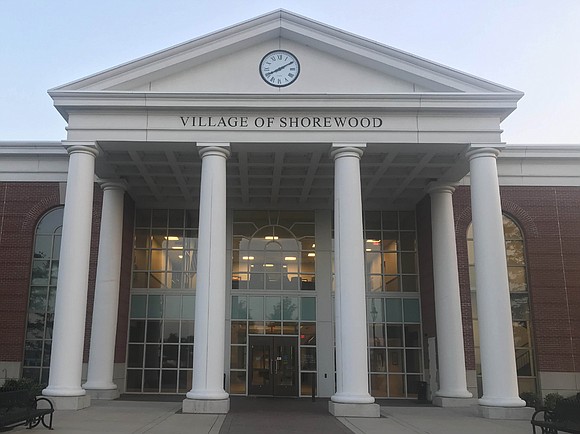 Nearly a month after Shorewood Police announced the launch of its new program to deter speeding in residential areas, the Shorewood Citizens’ Advisory Committee recently took time to address the controversy it has spurred on social media.

Upon request and availability, the police department is allowing residents to get involved in the community by equipping them with radar units to monitor the speeds of vehicles.

The announcement, posted on social media May 8, stirred a number of reactions among residents in and around Shorewood, some questioning the initiative’s merits, some commending Shorewood Police for introducing the program.

“Chief [of Police Aaron Klima] said there was like a 100,000 hits on their Facebook about it, and then they had so many comments,” said Chris Drey, superintendent of public works. “There’s negative [comments, saying] ‘Why should this person do that? That’s ridiculous.’ But again, what it is it’s arming you guys to say, ‘Slow down there, everybody.’”

The program involves a two-step process, one to operate the radar, another to log the information.

Shorewood Police will send letters to registered vehicle owners that were reported exceeding the legal speed limit, according to Shorewood Police. It will inform people of concerns for safety of families and encourage them to follow traffic laws.

Shorewood Police will provide follow-up enforcement in targeted areas, based on information provided.

The program requires residents to sign and submit a usage agreement, along with proof of residency.

Shorewood officials have dealt with traffic concerns raised by residents at public meetings in the past. The Village has explored other ways to address issues of this type.

The committee took time to survey thoughts of those at the meeting about the idea of creating an ordinance to regulate people in residential areas keeping chickens as pets.

“Evidently, from what I understand, there’s quite a bit of calls about people in residential areas keeping chickens as pets,” Chairman Anthony “Tony” Luciano said.

Several communities, including nearby Joliet, have already addressed matters of this type by drafting an ordinance.

The Village does not currently have an ordinance on the books regulating people in residential areas keeping chickens as pets. Some of the homeowner associations in town do not allow it.

No one at the meeting expressed having any concerns for people in residential areas keeping chickens as pets.

Luciano told The Times Weekly after the meeting there are no plans to draft a formal ordinance for the Village Board to consider.

Ordinance for short-term rentals in the works

In other developments, the committees’ action to address issues concerning short-term rentals has gained some traction among Shorewood officials.

At a recent meeting of the Shorewood Village Board Committee of the Whole, the subject matter was brought up for discussion.

“What’s happening right now is the attorney is looking at some legal cases that are going on right now involved with that,” Luciano said. “He’s going to get back with us, but we’re pretty sure we’re going to be able to pass an ordinance [with] a 30-day minimum [requirement] that you can rent a home for, so we will probably be able to get away from the weekend rentals.”

Some of the homeowner associations in town have restrictions in their governance that address matters of this type.

“You guys probably wouldn’t have a problem with it,” Luciano said.

Still, some areas in town are not regulated by a homeowner association.

“We’re trying to solve it,” Luciano said. “Whenever the Village’s rules, or ordinances, come up, it affects everything.”

Also at the meeting, Luciano recommended that the committee delay its discussion of a neighborhood recognition program until a later date.

Currently, the Village does not recognize its residents for having festive displays around the holidays of Christmas and Halloween.

“Maybe it’s something to think about,” Luciano said. “If you come up with some ideas, we can discuss it later.”