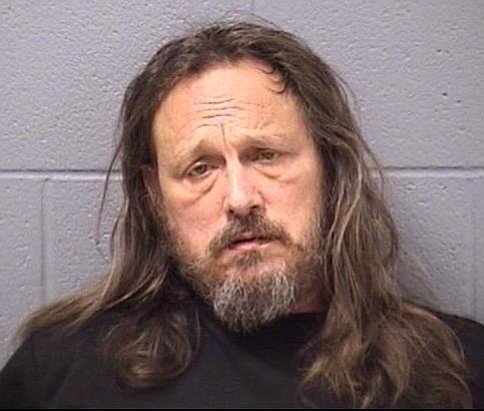 Last night, (11/8/2018) around 7pm Will County Sheriff's deputies were called to a residence in the 7000 block of W. Roeland Court, Frankfort Township, in reference to a domestic situation. Upon arrival deputies spoke with the victim (age 55) who, prior to deputies arrival, had relocated to a neighbors residence. The victim stated that her husband, Stanley W. Green (age 54) was inside their residence, was very angry, and had sprayed her in the face with pepper spray. She advised that he suffered from mental health issues and had not been taking his medication. The victim was transported to St. James Olympia Fields Hospital by Frankfort Fire personnel. She was treated and released.

Deputies then attempted to make contact with Green and observed him inside the residence wielding a two-foot long machete style knife. Green was ordered multiple times to open the door but refused. Frankfort Police, Mokena Police, and the Will County SWAT Team were mobilized and secured a perimeter of the residence. Additional officers advised area residents to go to a safe area within their residences or to evacuate.

At 8:15pm, a SWAT Negotiator began contact with Green and around 10pm Green voluntarily surrendered without incident. Green was taken into custody and was transported to the Will County Adult Detention Facility. He was charged with domestic battery. The Will County State's Attorney's Office is reviewing this case in order to determine whether further charges will be added.

No one else at the scene was injured. Handguns and other knives were found inside the home. Green will appear in bond court today.