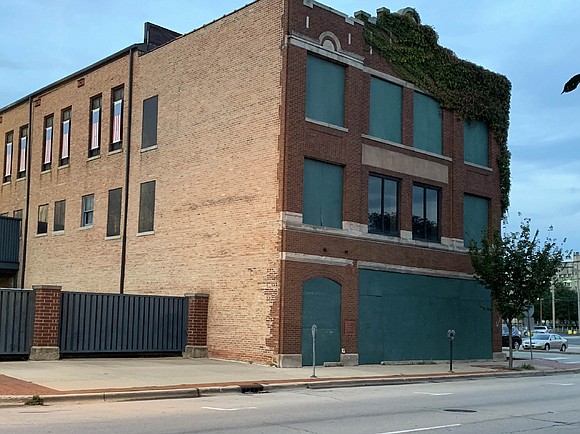 A tax increment finance district redevelopment agreement between the city of Joliet and the Gateway Building, LLC is headed for the Joliet City Council for a vote.

Plans for the city-owned property, located at 141 E. Jefferson St., were reviewed at a recent Council meeting of the Joliet Economic Development Committee.

The developer, Jeff Thompson, is looking to put the Gateway Building to new use.

Derek Conley, economic development specialist for city of Joliet, said the property has been vacant for a number of years, but once served as home to an automobile dealership.

A proposal for the $1.9 million redevelopment includes plans for 10, two-bedroom, upscale multi-family units, three handicap accessible units and a commercial use.

Thompson said he sees potential for the space to attract residents who would like a higher-end apartment close to mass transportation.

Prior plans for the building were agreed upon between the city of Joliet and Stadium Club, LLC, but they fell through.

The demolition of the building, if approved, would cost the city an estimated $400,000.

Conley said Thompson has provided them with a letter of intent for a potential restaurant.

The city is looking to require Gateway Building, LLC to post a $25,000 performance bond or provide a letter of credit.

A tax rebate agreement valued up to an estimated $100,000 is in talks to cover initial costs to address water connection and ballpark access to the patio. Over the 20-year life of the deal, the developer can anticipate rebate ranging from 100 to 50 percent.

Thompson said he wouldn’t agree to the city’s terms, if he weren’t confident in his proposal.

“We found a decent comprise,” he said.

In a 2-0 vote, officials decided to provide a positive recommendation to the city council. Councilman Pat Mudron was absent.

The construction, if the project advances, is anticipated to have a spring 2019 start date.