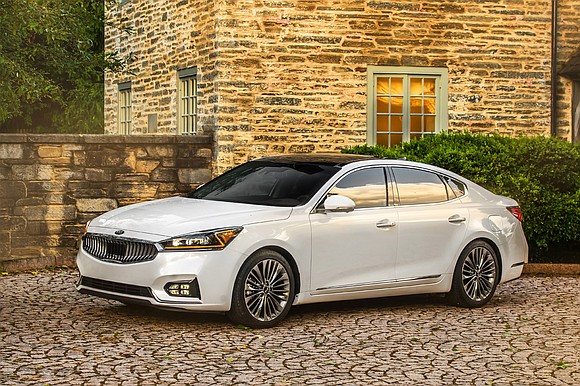 Kia didn’t make many changes to the 2018 Cadenza. In a way, they didn’t need to; the mini full-size sedan didn’t need much.

They did what they called some “minor packaging enhancements.” The V6 luxury package now includes the panoramic sunroof and interior LED lighting.

I had that package. There was V6 the engine, it is the only engine available and my test car did have a panoramic (glass) roof. This engine was quiet and impressive. Once I parked, got out of the car and the engine was still running. It was that quiet.

A couple of times, I had to check and make sure that I had turned it off after I parked, before I got out of the car. And it was a fairly potent power-plant.

The V6 made a very respectable 290 horsepower and 253 pound-feet of torque. It was mated to an eight-speed automatic transmission. There were four drive modes: comfort, eco, sport and smart. There were paddle shifters too.

Drivability was real cool. The car accelerated with ease, it had an almost imperceptible suspension when in comfort mode but it was a little skittish in the curves. A couple of times I had to readjust my steering when going into a sweeping expressway entrance. However, I was doing more than the recommended speed limit.

The interior was great. It had quilted leather. It was spacious. There was a horizontal layout to the instruments. And the ride was pretty quiet. I climbed into the back seat and found lots of leg room and an abundance of head room. That was with the driver’s seat let fully back and with the panoramic roof. The Cadenza seemed as spacious as a full size luxury sedan.

What’s more, the 2018 Cadenza had some of the same equipment as its much more expensive counterparts. There were heated and cooled front seats and heated back seats as well. The car also had a heated steering wheel.

It had an eight-inch touchscreen with rearview camera, Android and CarPlay, though the latter required a cord. Of course, there was Bluetooth, voice controls, push button start/stop, a heads up display and a power trunk.