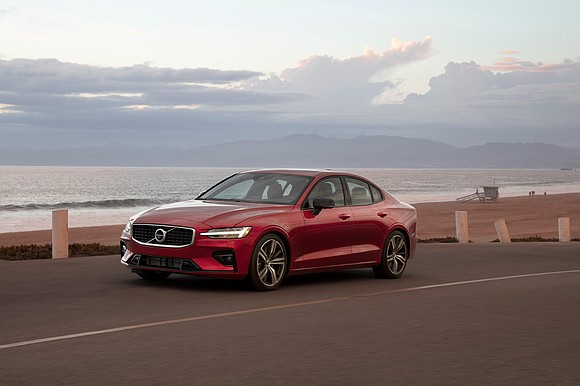 One of the first things a Volvo executive told us was that this is a “huge moment for us.” He was talking about the 2019 Volvo S60 luxury sports sedan. I could not agree more.

Yes the car is important, particular in a market that is dominated by utility vehicles; an automaker must still have viable sedans for the buyers who go against the grain. The 2019 S60 updates Volvo’s offering in the luxury midsize sport sedan market.

But there is more to the hugeness of the moment than the car. All Volvo’s are powered by flexible four cylinder engines and they sit on a scalable platform. The same platform and the same base engine should reduce production costs immensely and improve quality because of the redundancy in the build process.

So in theory, the Charleston, SC, assembly plant where the S60 is being built can construct any Volvo. Evidence of that is production of the XC90, Volvo’s full size crossover, will be moved to this plant which is Volvo’s first in the U.S.

What’s more, I think one of the reasons that Volvo chose Charleston, the plant is in nearby Ridgeville, is the port. This plant will be the sole source of S60 and V60 production. In other words, some of its 150,000 vehicle capacity will be exported and it adds to Volvo’s global manufacturing footprint. The S60 goes on sale at the end of the year and the V60 goes on sale in the first quarter of next year.

I had to leave to attend another program so I didn’t get a chance to test drive the V60, the station wagon, thus, I’ll have to wait for that experience. Still, the S60 luxury sports sedan was a lot of car that came with a healthy amount of variety.

This is the third generation S60. It is longer and lower than the model it will replace. What’s more, the wheelbase is almost four-inches longer and the car is slightly narrower by 0.7 of an inch but we didn’t feel cramped. So different is the styling that other than the grille from the old S60 it would be difficult to tell that it is the same model car. In other words, it is not an evolutionary design. And because of the longer wheelbase, the ride on the new S60 was smooth and quiet, even on rough pavement. It had the same silhouette as the flagship S90.

I always suspected that there was more fluidity to Volvo’s new powertrain philosophy; four engines are available on the 2019 Volvo S60. The T5 is front-wheel-drive and powered by a turbocharged four-cylinder engine that makes 250 horsepower and 258 pound-feet of torque. The T6 is all-wheel-drive and has both supercharger and turbocharger. It makes 316 horsepower and 295 pound-feet of torque.