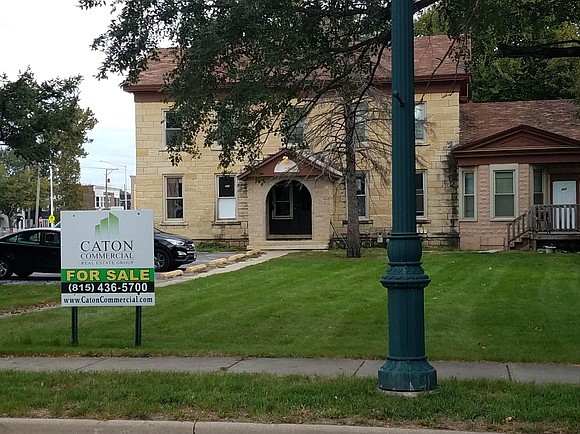 Residents approached officials at a recent meeting urging them to hear their views ahead of a vote on a new gas station and the future of an 1851 house on the city’s east side.

The Joliet City Council was tasked with considering the approval of a set of requests; they passed.

Council action, as taken, allows for the construction of Thornton’s gas station along Collins and Jackson streets, as well, as the potential relocation or demolition of an 1851 house, located at 411 E. Jefferson St. in Joliet.

The site in question has been vacant for a number of years.

The developer, BSTP Midwest, wants to build a gas station that will have a 4,400-square-foot convenience store with space for parking.

Several residents at the meeting spoke in favor of the project.

“On their behalf, I would like to have looked at what are the costs to dismantle it and rebuild it,” she said. “It is one of the oldest structures that we have in town.”

The city’s Historic Preservation Commission previously reviewed the project at its meeting.

According to the National Historic Register, the 1851 house is not deemed historic.

Adamowski said the commission would like the city to weigh its options to preserve the building.

Joliet resident Amy Sanchez said the Collins Street Neighborhood Council advocates for the historic preservation whenever possible, but it may not be beneficial in this case.

“If it’s going to delay the developers moving forward with the project at all, we would advocate that it be not considered, if that’s the case,” she said. “We don’t want to take a chance on these developers pulling out by having to put an astronomical amount of time and resources into other options.”

“We understand [the logic for] the preservation of historic buildings, but times change,” she said. “I’m more about preserving the humanity of people and bringing economic development. So as long as this limestone is somehow preserved to build a gateway into the area for Jackson Street and Collins Street locations, we support the tearing down of the building.”

In the past, the city has preserved limestone from dismantled structures for use in a different capacity.

Staff has not determined how much it may cost to relocate the 1851 house.

In an 8-0 decision, the city council approved a set of requests related to the new gas station and convenience store. Staff was directed to take another look at the city’s options as it relates to the future of the 1851 house.

Officials are anticipated to make a decision on the home’s future by the year’s end.