Movies: Nigerian Prince A Story of Culture Shock and Intrigue 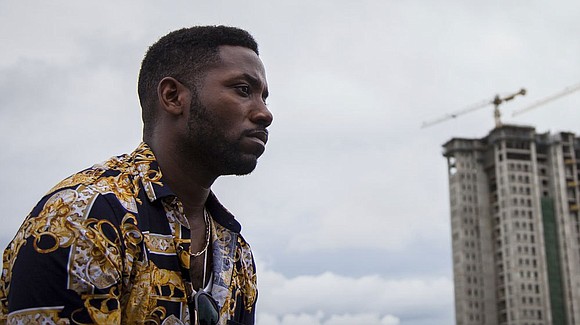 Now in US theatrical release and On Demand

Nigerian Prince is the first film completed under a grant from the Tribeca Film Festival's Untold Stories program in conjunction with AT&T. The film had its World Premiere at the 2017 Tribeca Flm Festival. Written and directed by Faraday Okoro, a Nigerian-American filmmaker based in New York City, the film is a true-to-life story of the culture shock faced by a first generation African teen born and raised in America, who suddenly finds himself thrown back into the country of his ancestral home, with only his wits and a bit of luck to help him survive the cultural speed bumps and manholes he'll encounter.

The story begins when Eze (played with disarming candor by Antonio J. Bell) is sent by his mother back to Lagos, Nigeria to spend the summer with his aunt. The idea is for him to reconnect with his culture and learn what it means to be an African, rather than the Nike-wearing, cell phone social media and video-game absorbed typical American teen he's become. After he's had a taste of the local fast-food cuisine ( "tastes like dog food!) and spent his first night with his aunt, who douses him with cold water to get him motivated for the day, he gets the idea that this is boing to anything but a summertime picnic. Fed up with the drill sergeant attitude of his Aunt Grace (played with venom-dripping relish by Tina Mba), make an escape home only to learn that his mother had canceled his return ticket.

Left to fend for himself, Eze is treading water, only to be offered a rescuing hand by his crooked cousin Plus (played with the smile of a Cobra on the verge of striking by Chinaza Uche). By happenstance, Eze befriends an Australian businessman on the flight over, who is living in Lagos. He decides to make him his first mark in order to gain favor and cash. Here's where the film gets really good. Eze enlists the businessman in a scheme to move a type of counterfeit money called Black Money. The money is a bunch of hundred dollar bills painted black, which are rendered whole again after soaking in a series of expensive chemicals which, of course, the mark pays for. Of course, nothing goes as planned, and a whole series of madcap events ensue. There's one particularly funny scene where some of minions of Smart (Bimbo Manuel), a crooked police chief who controls the local mob, almost mistakes him as a courier for a rival scam artist. "that couldn't be him," they scoff, noticing his decidedly Americanized, Nike-wearing geeky dress and demeanor.

Okra's film takes us directly into the gritty underbelly of modern Nigerian city life and introduces us to all of its nefarious characters. It is a harsh reality where nothing or no one is as it seems. The title of the film, in fact, alludes to a classic Nigerian ponzi scheme. The world Eze encounters is anything but. What begins as a friendly conversation with a stranger can end in sudden death. What looks like the chance of a lifetime could actually be the lynch-pin that ends it. A smile friend a supposed friend, could actual be the signal to an accomplice to drop the hammer. You get the idea. No one gets out of this film unscathed or unscammed, not even our newly streetwise hero. Nigerian Prince is a thrill ride through Tunnel of Darkness where you keep looking in the shadows for signs of life. Even when you find it, its not what it seems. In select theaters now and various On Demand platforms.