Candidates for Illinois state representative open up ahead of election 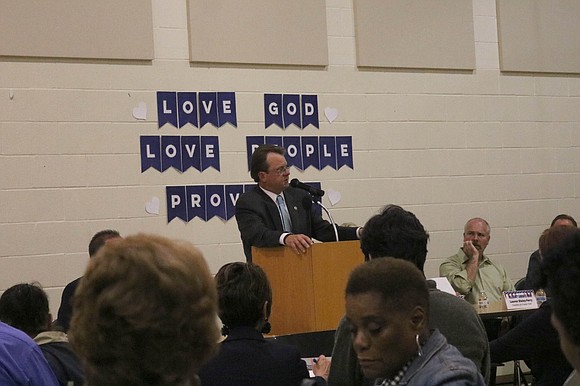 Candidates for Illinois state representative took time to weigh in on the issues ahead of the Nov. 6 election to help give voters a chance to make an informed decision.

In the race for the 86th District seat are Republican candidate Rick Laib and incumbent Democrat Lawrence “Larry” Walsh, Jr.

As for the 98th District, those vying for votes are Republican nominee Alyssia Benford and incumbent Democrat Natalie Manley.

Among the issues candidates discussed were property tax relief and the State of Illinois’ pension system.

Benford said one obstacle to creating property tax relief is the state of Illinois’ pensions.

At a recent forum held in Joliet, Benford asserted that, if elected, she will not opt in to take part in the system. Benford’s remark at the time drew some praise from members of the audience.

“I do still stand by that,” Benford said. “I will not accept a state pension. The last study I saw showed that a current state representative contributes about $180,000 into pension system. They receive a total of $2 million over their lifetime, based on the actuarial study. If they’re contributing $180,000, obviously we know the rate of return is not going to [even out.] The taxpayers are paying for that.”

Benford suggested the more lawmakers are encouraged not to participate, the more money the State of Illinois will have to spend.

Manley referred to Benford’s idea as being “a disingenuous, heroic measure” and said that opting out of the pension plan leaves lawmakers to participate in a defined benefit plan, which is oftentimes more costly in the long run.

Last year, lawmakers in Springfield considered enacting legislation to eliminate new member eligibility to the General Assembly’s retirement system, but no law is currently on the books.

Manley touted her record of backing bills that, if passed, would introduce a property tax freeze to help relive the burden on taxpayers in that fashion.

A property tax freeze is a measure that many school boards in the area have called into question.

Manley disputed the concern, saying, “The state has nothing to do with property tax other than … the fact the state is not funding the schools to the level it should be.”

Manley referenced the state’s effort to introduce the evidence-based funding formula as it regards education and said lawmakers did their part to equip the model with new revenue.