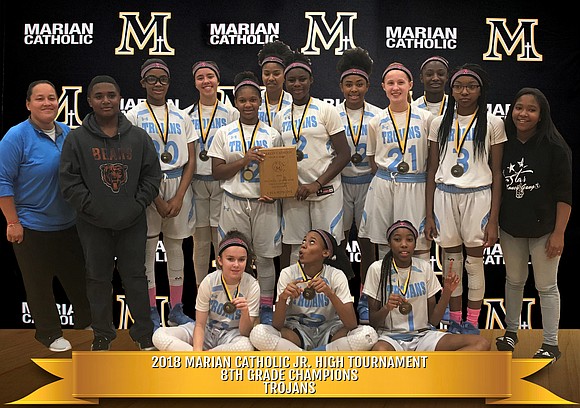 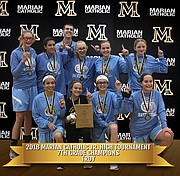 “The girls played outstanding team ball with lock-down defense,” Cruz said. “They are an awesome group to watch, and I look forward to the remainder of the year.”

“Over the course of the weekend, “Stortz said, “we were down players due to illness, injury and schedule conflicts. That didn't stop these girls from stepping up to the challenge. Not only did they rattle off four victories to win the tournament, we also received a compliment from the Marian Catholic coach stating that Troy Middle School runs a great girls basketball program and that each of the ladies represented themselves and their school in a very respectful manner.”