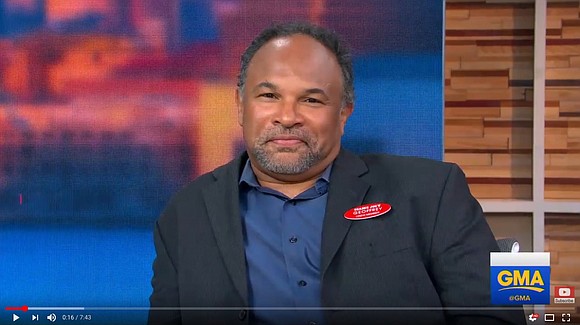 Hollywood’s biggest names, including Tyler Perry, Halle Berry and Patton Oswalt, have all joined a growing list of celebrities speaking up for former Cosby Show actor Geoffrey Owens who was shamed on social media for working at a Trader Joe’s in New Jersey.

“There’s nothing wrong with working at Trader Joe’s and I commend him for taking care of his family,” said Wyatt, who noted Cosby was unavailable to comment because he’s continued to closely follow the terms of the court order that has him under house arrest.

Wyatt said Owens and other Cosby Show actors have been victimized by Hollywood studios which have elected to halt re-runs of the iconic show and all of Cosby’s works.

The result, Wyatt said, is actors like Owens are deprived of potentially lucrative residues cast and writers earn from syndicated shows.

While Cosby was convicted of aggravated indecent assault for an incident that he maintains was consensual, “7th Heaven” star Stephen Collins admitted to molesting at least three young girls and Weinstein has been charged with several counts of rape and more than 100 women have come forward accusing the movie mogul of assault.

Sporting his Trader Joe’s badge, Owens appeared on Good Morning America on Tuesday, Sept. 4, one week after Fox News broadcast photos of him stocking shelves at the grocery store.

“No one should feel sorry for me,” said Owens, who played Elvin, the husband of Sandra Huxtable on ‘The Cosby Show.”

The actor noted that he was overwhelmed by the response he’s received after the shaming incident. “I feel like more of a celebrity now than when I actually was a celebrity,” he said.

Since leaving “The Cosby Show,” Owens has worked part-time as an actor and as a producer.

He has taught acting and directing at Yale and other universities for more than 30 years. But, he said he took the Trader Joe’s job 15 months ago to support his family.

Since the GMA appearance, however, Perry has publicly offered him a role on a popular OWN television show and others like Berry and Oswalt have tweeted support.

“My respect to actor Geoffrey Owens, who found honest work between gigs. As Fox News will tell you, all actors, when not acting, seal themselves in protein-solution ‘shame pods’ until re-activated by the Council of Casting,” Oswalt said.