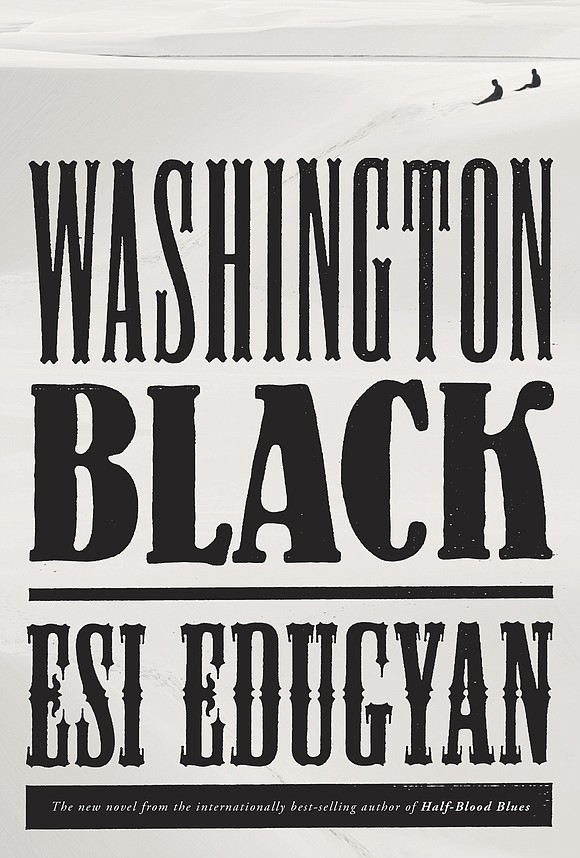 You need to get out of here.

You don’t know where. You just have to go to another room, maybe, or another building, another town, across the world. You need to get out of here but, as in the new novel “ Washington Black” by Esi Edugyan, be careful, and mindful that you don’t run away from yourself.

Big Kit was going to kill him.

That, as George Washington Black understood, was her way of protecting him forever: she’d kill him and herself, sending them to a sort of heaven for slaves. Wash was just a boy, maybe 10 or 11 years old, when she explained that no-more-options plan but she never followed through, perhaps because she was promised by a white man that mutilated corpses had no afterlife.

It was 1829 and from then forward, Wash avoided all white men at Faith Plantation, especially Erasmus Wilde, the new master whose cruelty knew no limits. Wilde was a man to steer clear of, but Wash couldn’t escape when he and Big Kit were summoned to the Plantation house one warm Barbadian evening.

Nothing good could come from it – but there did: that was the night when Christopher “Titch” Wilde, Erasmus’s brother, declared that Wash would be the right-sized assistant for his flying machine, which Titch was building at the edge of the plantation. He insisted that Wash come to live with him in the garden cottage and, without telling Erasmus, he insisted that Wash learn to read. He gave Wash drawing materials, and encouraged his talents.

So, though he was yards away from the Plantation house and could never entirely relax, Wash settled into a new life. He learned and watched, absorbing science and nature. He worked on Titch’s flying machine and felt a strong friendship with the abolitionist scientist. He listened to Titch’s stories and began to dream of impossible things. And when Wash was the unwilling witness to something horrible, he trusted his odd friend, and flew…

You may be scratching your head now about pre-Civil War years and flying machines. Yes, and it works. In “Washington Black,” it works phenomenally well.

That’s the biggest surprise: the H.G. Wells hint that’s here, and how much it doesn’t make this book into science fiction. Instead, “Washington Black” becomes an early Victorian adventure-drama told with the quiet, proper voice of the title character explaining how he got from a slave plantation in Barbados to Virginia to the Arctic and around the world.

That sounds far-fetched, doesn’t it?

Until you read this book, it may seem so but Edugyan leaves enough room in this story to delight his readers, move them, and make everything fit just as they’d want it. There’s violence in here, yes, but there’s also a cliffhanger within, an enchanting romance, and a coming-of-age maturation you’ll be glad you’ve witnessed.

Don’t miss this wide novel. Don’t, but do be prepared for a book hangover, since “Washington Black” will stick with you awhile. If that’s the kind of tale you cherish, here’s the one to get.