Joliet officials agree on stadium lease with the Slammers 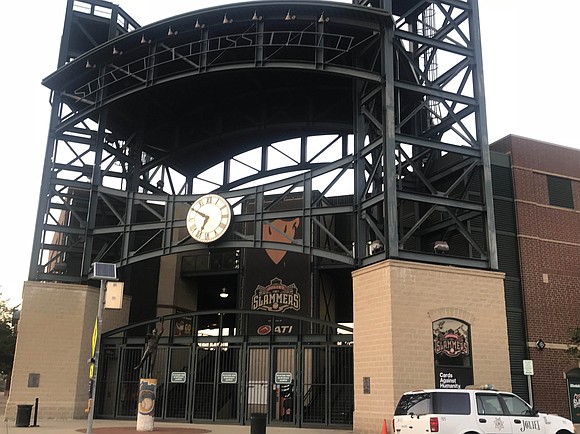 Joliet Route 66 Stadium in downtown Joliet will remain home to the Slammers after officials voted, 7-1, last week to secure a lease agreement with the team. (Megann Horstead/For The Times Weekly)

After a championship season at Joliet Route 66 Stadium, Joliet officials decided, after much debate, the city will remain the home of the Slammers.

At a recent meeting of the Joliet City Council, action was taken to consider enacting a lease agreement between Joliet and the Slammers.

“It appears that after many, many hours with both sides, we have a lease to vote on,” Councilman Pat Mudron said.

The contract stipulates that the Slammers have the right to operate Joliet Route 66 Stadium at an annual cost of $75,000 over five years. Previously, the city and the Slammers had a one-year, $25,000 agreement.

Joliet officials had discussed the matter in a pair of closed session meetings.

Corporation Counsel Marty Shanahan told the council in open session the deal is “substantially the same” as agreements secured in years past.

Under the new deal, however, it states that utility costs will be shared at 50 percent between the city and the Slammers. A prior arrangement stipulated that Joliet is responsible for 55 percent of those costs, with the remaining funds picked up by the team.

The agreement goes on to require the Slammers to meet with the city to discuss matters related to the use and/or lease of the stadium. What’s more is the city wants the team to remain open to inspection of all books, accounts and records, including all state gross sales tax returns and other types of reports that the Slammers may be required to submit to any governmental agency.

During a recent presentation to members of the Joliet Stadium Committee, Slammers staff provided an update on its 2018 events and activities.

Nick Semaca of the Slammers spoke of this year’s attendance, saying the numbers estimate the stadium has seen more than 10,000 spectators.

Councilman Mike Turk told the committee the city wants to see more people in the seats.

Semaca explained that though the Slammers missed out on prime booking season—between October and February, with the uncertainty of the turf completion date—the team still fared well.

The first available date for stadium events and activities after the turf construction was April 27.

The Slammers anticipate that the number of events and partners signed in 2019 will increase.

Semaca said that for the Slammers, having a five-year agreement in place is important.

Frank Pasterello, a resident of Shorewood and a season ticket holder for the Slammers, said he wishes the Slammers would do more to spread the word to help create new opportunities to put the stadium to further use.

In addition to the changes outlined the lease agreement, the Slammers are in talks to add staff members to help with sales and marketing efforts.

Turk told the committee he doesn’t think the city can afford to let the stadium go dark.

“Joliet’s a baseball town,” he said. “It’s full of baseball people. They love the sport. [They] play the sport. With the right business plan, I think the place could be full. We have to get people in the seats. That’s not only going to help the economy in the city of Joliet, but it’s going to help the ownership of the team.”

Councilman Larry Hug prefaced his vote during the Joliet City Council meeting, saying he will not support the deal.

“This is not a healthy lease for the city,” he said.

Hug referred to the city’s effort to reach a deal with the Slammers as “last-minute scrambling” and called into question the council’s logic.

In a 7-1 vote, officials decided to secure a five-year, $75,000 lease agreement with the Slammers. Voting no was Hug.