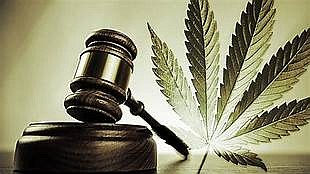 State Senator Toi Hutchinson (D-Chicago Heights) passed a plan out of the Senate that would allow legal marijuana businesses in Illinois to use the banking system. Due to federal and state banking regulations, most legal marijuana businesses are operating on a cash-only basis. "As conversations continue on whether or not Illinois will legalize recreational marijuana, we have legal businesses involved in the marijuana industry that are not able to use banks," Hutchinson said. "Operating on a cash-only basis exponentially increases the chances of fraud and criminal activity."

Hutchinson's proposal - contained in Senate Bill 2023 - would prohibit the Secretary of Illinois' Department of Financial and Professional Regulations (IDFPR) from issuing an order against, penalizing or discouraging financial institutions from providing financial services to cannabis-related businesses. Last year, the legal medical marijuana industry in Illinois took in $136 million in revenues.

Hutchinson teamed with Illinois Treasurer Mike Frerichs on her proposal that passed out of the Senate Financial Institutions Committee a few weeks ago. "We are one step closer to preventing state banking regulators from penalizing banks or credit unions for allowing legal cannabis businesses to manage their financial transactions like every other legitimate business in the state," Frerichs said. "These legitimate business owners should not have to operate underground on a cash-only basis and make themselves vulnerable to crime, fraud, and tax evasion." Senate Bill 2023 passed the Senate this afternoon without opposition and will now head to the Illinois House for further debate.