4 ways divorce could affect your retirement 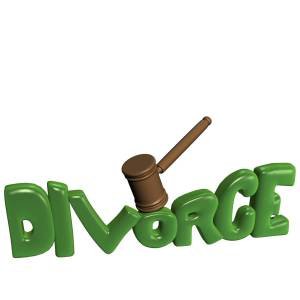 Couples going through a divorce have numerous personal and financial issues to work out, from who gets the house to how custody of the children will be handled.

But one significant area of concern that can be easily overlooked is that a divorce also involves issues that could affect your retirement.

“That can be true even if your retirement is still years away,” says Andrew McNair, a Certified Divorce Financial Analyst. “One of the big pitfalls in any divorce is the failure to cut emotional ties from the divorce negotiations. That’s only natural. But unless you have a third party who can help everyone take a step back and say, ‘Financially, does this make sense,’ it can be very tough.”

McNair says just a few of the ways retirement and divorce become interlocked include:

IRAs. Since an IRA is an individual retirement account, only one name appears on the account. But that doesn’t mean it’s off limits during a divorce, McNair says. “Everything that you acquire during the marriage, no matter whose name it's in, is typically considered marital property,” he says. During a divorce, McNair recommends evaluating the financial drawbacks to having your IRA included in the assets you plan to retain post-divorce. It’s important to remember, he says, that the money in an IRA can’t be accessed before you are 59 ½ without paying a penalty.

Pensions. Maybe you earned a pension at your job and your spouse didn’t. But just as with the IRA, pensions and retirement plans are marital assets, McNair says. In general, the portion of the pension that you earned while you were married is subject to division. “Depending on which state you live in, it’s possible that even the portion of the pension you earned before you were married could be viewed as a marital asset,” he says. “That said, it may still be possible to keep your pension intact and offset it with other assets.”

Social Security. There are plenty of rules that govern your Social Security benefit, and the rules for married couples can carry over into divorce. For example, McNair says, if your spouse has worked and if you have been married for 10 years or more, then you have options. You can get a benefit that is equal to half your spouse’s Social Security, or you can draw your own benefit, whichever is higher. Either way, your spouse retains 100 percent of their benefit. This is an automatic guarantee that falls under Social Security rules, he says, so it’s not a negotiable point during the divorce.

Qualified Domestic Relations Order. Pensions, IRAs and Social Security are something people are familiar with, but you may be thrown by this one. During a divorce, a QDRO (or Qualified Domestic Relations Order) is the legal document that divides up a qualified pension or retirement account (including 401(k)s) during a divorce. “There are a lot of nuances that go into a QDRO,” McNair says. “To protect your assets, you want to be sure to get qualified advice in this area from a specialist.”

“In negotiating the financial issues in a divorce, despair can set in and it’s easy to feel overwhelmed, but there is light at the end of the tunnel,” McNair says. “Concentrate your energy on problem solving. Emotions are understandable, but you don’t want to let them run wild and govern your decisions.”