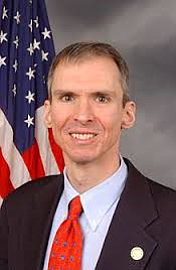 “The power of the Internet has always been rooted in its role as a level playing field where the best ideas, not those with the most money, succeed,” said Rep. Lipinski. “It is an honor to join my colleagues on behalf of the people of Illinois and Americans across the country to pass the Save the Internet Act to restore net neutrality protections and make the Internet better, cheaper and faster for Illinois consumers, entrepreneurs and small businesses.”

The bicameral Save the Internet Act creates popular, bipartisan and targeted net neutrality protections, and codifies the FCC’s 2015 Open Internet Order similar to last year’s Congressional Review Act that passed the Senate and had bipartisan support in the House. The bill:

• Strengthens transparency protections, enacts specific rules against blocking, throttling and paid prioritization, and empowers the FCC to investigate consumer and business complaints and fine internet service providers for violations of the Communications Act;

• Ensures consumers can make informed decisions when shopping for internet plans; and