Bill introduced to eliminate township clerks in Will County 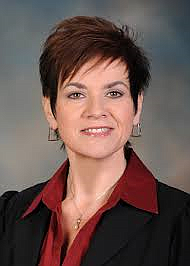 Springfield - State Rep. Natalie Manley, D-Joliet, introduced House Bill 3301, which would eliminate the office of township clerk in each Township of Will County that resides within the 98th Illinois House Legislative District, eliminating duplicative services and saving taxpayer dollars.

"Saving taxpayer dollars has always been a top priority of mine and it should be a top priority for anyone who is serious about fixing the many problems that keep Illinois from realizing its full potential," said Manley. "When we discover that redundancies and/or duplicative services exist, at any level of government, we cannot continue to turn a blind eye and ignore the facts just because it's easier."

Manley's House Bill 3301, centralizes services and focuses on efficiencies. The measure would only impact the Township Clerks office in the six Townships in Will County within the 98th District, and would serve as a pilot program and a model to potentially be implemented throughout the rest of the state.

"My commitment to gather and examine all the necessary data to make an informed decision as it pertains to township government, both the cost and the benefit to the taxpayers in my district, remains strong," continued Manley. "I continue to invite all those who may not agree with me to the table for further discussion. However, in order to have a productive conversation, we need to be dealing with facts, not fear. Critics of this bill need to bring forth actual data that proves keeping the status quo and business as usual is the best for the taxpayers."