“Girl in Black and White” by Jessie Morgan-Owens 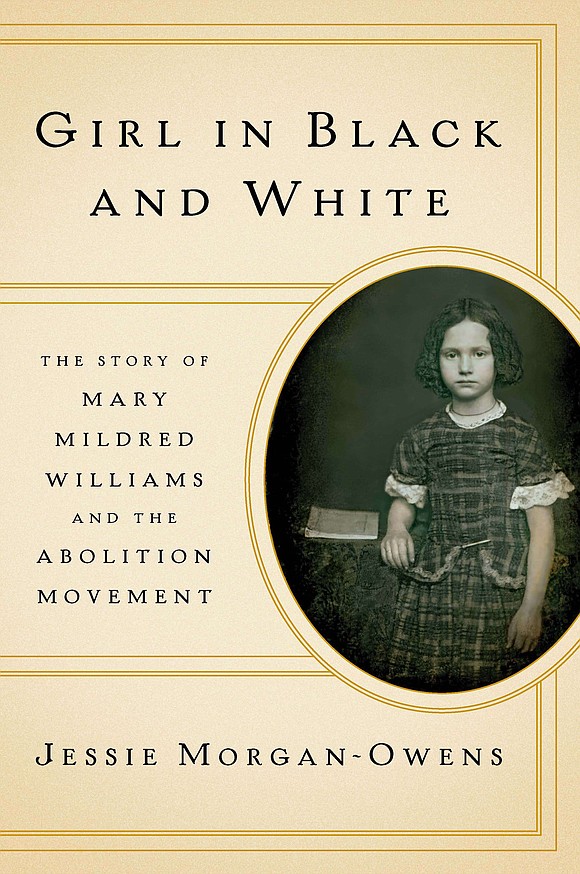 It was a shame that that happened to the picture you found, though those wounds give it dignity. You have no idea who’s in the snapshot; you just know that someone wanted to remember a moment in time – or, as in the new book “Girl in Black and White” by Jessie Morgan-Owens, someone wanted to spark change.

If you didn’t know the whole story behind the daguerreotype, you would think it was just an image of a charming, anonymous little girl, circa 1855.

And you’d be half right.

Its story starts in 1808 when Virginia widow Conney Cornwell dealt with a thorny issue: her fifteen-year-old daughter, Kitty, became pregnant by one of Conney’s slaves and, ignoring possible ruination of the family’s reputation, Conney kept the baby they named John. Though he was technically free due to matrilineal laws, John was raised in the slave quarters by Conney’s slave, “Prue,” until he was sixteen. 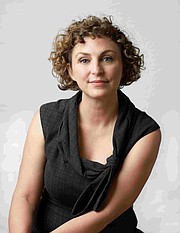 In 1825, when Conney fell ill, she did something that she hoped would ultimately protect Prue from enduring the heartbreak of separation from family: Conney left Prue to John in her will. Also included were Prue’s children and future grandchildren – and there would be many, most fathered by white men of power.

The problem was that John’s whereabouts were unknown when Conney died, and there was a battle for her estate; in the meantime, Prue gave birth to more children, as did her children. Through complicated circumstances, one of them, Prue’s very light-skinned granddaughter, eventually caught the eye of anti-slavery Massachusetts Senator Charles Sumner, who knew that white audiences would be interested in her story and the horrors that might befall her as a black child who looked white. He wanted to show her to his abolitionist supporters and to opponents.

Much as you’ll be interested in Mary’s story, too, “Girl in Black and White” may be a challenging way to get it.

While it’s good that a major chunk of the first part of this book is a Genesis-like account of begetting and ancestry, that soon devolves into court cases and courtroom wranglings that may be hard to follow for all but the most legal-minded readers. Author Jessie Morgan-Owens valiantly offers some help with this and she includes plenty of fascinating side-stories on mid-1800s culture, photography, abolition, and attitudes, but there’s still a lot to take in, especially if you’re not prepared for it.

Take that as fair warning because, despite its depth, you’ll have a hard time tearing yourself away from the small stories Morgan-Owens offers inside the larger account: tales of everyday life, helpful celebrities, and Mary’s final days in what may have been a “’Boston Marriage.’”

Perhaps the best advice is to give yourself plenty of time to digest and plenty of room to back-page while reading “Girl in Black and White.” Do that, and you’ll be fine; without space to contemplate, though, it may leave your brain a little tattered.