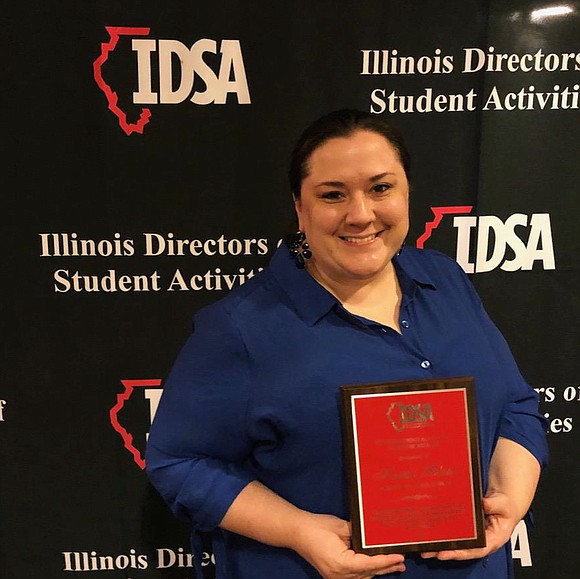 According to Joliet West Wooten, Mrs. Blake has created one of the most competitive Speech Teams in the State of Illinois. Before she took over the program, the team had few members. It now has over forty. The team has won several conference titles, tournament championships, and has represented Joliet West proudly at the IHSA State Speech series.

Blake said, "I feel incredibly honored to be recognized for a career that has already brought me so much joy."

IDSA's mission is to encourage students to involve themselves in Student Activity programs.