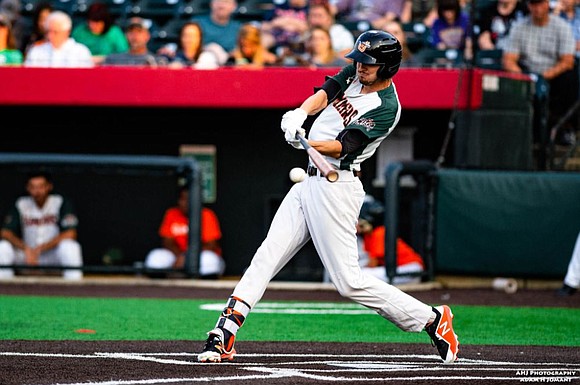 An offensive outburst from the Joliet Slammers propelled them above the Schaumburg Boomers on Sunday, locking up the three-game home series sweep in style.

The Boomers kicked off the scoring on a two-run homerun from Clint Hardy in the top of the 1st. The Slammers responded in their half when Peyton Isaacson singled to right-center, driving in Oliver Nunez from second.

After Slammers starter Wes Albert quickly worked through the Boomers in the top of the 2nd, the Slammers hitters tied the game after loading the bases. A ground ball into a fielder’s choice from London Lindley brought in Jimmy Roche from third. Boomers starter Matt Miller worked through the Slammers’ lineup from there, ending the inning tied at 2-2.

The Slammers tacked on another in the bottom of the 3rd when an error from Jack Parenty allowed Winningham to score from third. The inning ended on the next at-bat, with the Slammers holding a 3-2 lead.

Finding the run column again, the Slammers extended their lead in the 6th when Chaz Meadows scored on a sacrifice fly from Winningham. The Slammers didn’t stop there, adding two more on a double to right from Isaacson that drove in Lindley and Riley Krane, pushing the score to 6-2.

That score held until the bottom of the 8th, when Harrison Bragg hit a two-run homerun over the right field wall. Ending the inning on the next at-bat, the Slammers took an 8-2 lead into the 9th.

Coming in for Tyler Jones in the top of the 9th with one out, Nathan Schneiderman sat down the next two hitters in order to secure the Slammers win.

Today’s Merchants and Manufacturers Bank Player of the Game is Peyton Isaacson (2-5, 3 RBIs, and 1 2B).

The Slammers start a three-game series next at the Washington Wild Things on Tuesday.

About the Joliet Slammers: The Joliet Slammers play at DuPage Medical Group Field in downtown Joliet, Illinois, and are members of the professional, independent Frontier League. The Frontier League is entering its 27th season of play in 2019. Visit the Slammers online at http://www.jolietslammers.com/www.jolietslammers.com or call the ticket office at 815-722-2287 for more information