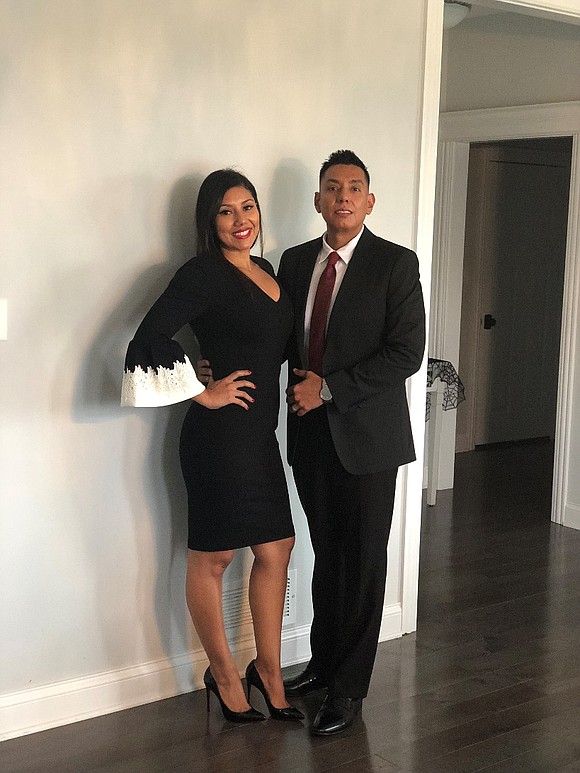 Growing up in Joliet, Diana Vazquez-Martinez, D.C. (Joliet Central Class of 2003) and José Martinez, D.C. (Joliet Central Class of 2001) each knew that education would be a key to a better future, but little did they know how much they would truly accomplish. After a lot of hard work and perseverance, Drs. Diana and José Martinez became the first in their families to receive college educations, the first to receive doctorates, and the first to open their own clinic. Drs. Diana and José are now happily married and regularly enjoy helping patients experience pain relief and live healthier lifestyles at their own bilingual chiropractic clinic, Health & Harmony Wellness Center in Joliet.

While they were students in Joliet Central High School, Drs. Diana and José became young parents. Despite the challenges, they persevered and not only successfully completed high school, but also became proud and nurturing parents. The experience of caring for their own child also reinforced their passion for health and wellness, as well as caring for others.

Looking back on the education that helped prepare her, Dr. Martinez expressed gratitude for having had inspirational teachers and said, “Mr. Meade and Mr. Cottrell inspired me. They really tried to teach us teamwork and critical thinking. They always allowed us to put our own input and our thoughts instead of instilling their thoughts on to us.”

After graduating from Joliet Central High School in 2003, Dr. Diana completed pre-requisite courses at Joliet Junior College and began to study nursing at the University of St. Francis. During this time, Dr. Diana’s mother became seriously ill despite regular treatment through traditional medicine. As she accompanied her mother to her treatments, Dr. Diana saw that her mother then began to improve after regular visits to a chiropractor. This unintended job shadowing inspired Dr. Diana to change her path from nursing to chiropractic medicine. Dr. Martinez transferred to Palmer College of Chiropractic, where she received her bachelor’s degree in Biology and the title of Doctor in Chiropractic (D.C.) in 2013. Her journey inspired Dr. José to also study and receive the title of Doctor in Chiropractic in 2015.

As a Doctor of Chiropractic, Dr. José explains, “We help people achieve their maximum health potential without the use of medication or surgery. We work with the body’s innate ability to heal through the nervous system.”