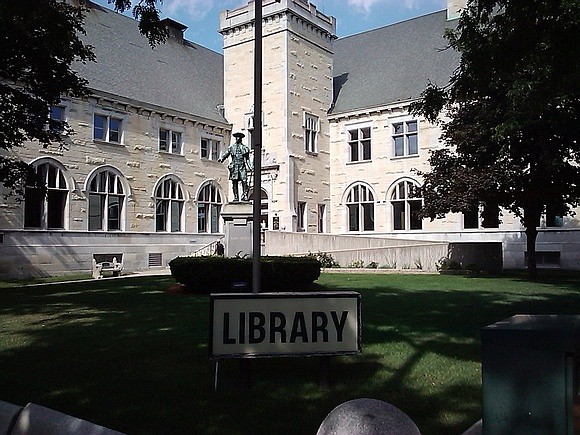 A few weeks back I questioned whether our Joliet government was a sugar-daddy based on the many requests it receives from organizations needing revenue beyond their means. One that was mentioned was the Joliet Public Library. The Library Board has developed a plan for the renovation of the downtown facility. It’s called Project Burnham. Preliminary plans will be presented to the Joliet City Council at the August 19 Pre-Council meeting of the City Council.

Following the presentation will be the request for the additional $6.5 million necessary to complete the $10.5 million renovation. According to the library’s website, planning for the project began in 2015 when the board created a master plan for the renovation and made it a top priority. Since the Joliet Public Library is part of the City of Joliet government, the board has no authority to actually levy taxes for the project even though there is a separate levy on the property tax bill. The tax levy is primarily an accounting measure designed to keep the library from spending beyond the levy. Any additional dollars needed for expansion and renovations need the cooperation of the City Council, which has the final say on the levy.

There apparently was planning for the renovation prior to 2008, but the recession put the idea on hold. At that time gaming revenue was still a factor in City finances but that has since changed. When Megan Millen, current Library Director, began championing the idea it was seen as part of a “grand renaissance” of the downtown. The new JJC campus building was open and the Will County courthouse project was underway to reality. Beyond that, the revitalization of Joliet’s downtown is largely dependent on private sector development dollars with the help of expanded Tax Increment Financing (TIF) districts.

The library board and the Director are hopeful the City Council will see the benefits of the renovated library, but the financing presents a big challenge. The City has a looming expense on the horizon for the cost of providing a new water resource for the City, not to mention very costly personnel costs, including pensions. The current unfunded Retiree Healthcare and Life Insurance Benefit Program actuarial liability alone exceeds $300 million.

It seems unlikely the City Council will be in a spending mood without a permanent solution in the City Manager’s chair. If you favor a renovated library downtown, you should let the City Council know. They seem more than preoccupied with other challenges at the moment.

One last thing…on the lighter side for a change, an article in the Chicago Tribune last week caught my eye for personal reasons. It was a “Chicago Flashback” piece on the Good Humor ice cream business. The mobile ice cream business had its heyday in the late 1950’s and the 1960’s. The piece reminded me of my own entrepreneurship start in the business world.

The small town where I grew up had a less formal mobile ice cream business that had four bicycle-powered ice cream boxes on wheels. The town was divided into four routes and they operated from late morning until dark. We sold ice cream bars, fudgesicles, dreamsicles and popsicles of various flavors that included banana, my favorite. Each piece sold for ten cents and the commission on every item was two cents.

It didn’t take a whole lot of salesmanship. You rang the bells on the cart and the kids, and adults, came with their dimes. I even had steady customers. I remember one couple would buy 14 dreamsicles every week, one for each day. It was a fun gig for a high school kid. Best of all, I did so well, the next year the owner gave me a job running the concession stand at a beach located on a small lake just outside of town.

I know this little tidbit doesn’t relate to many of the topics I usually write about, but it’s fun to reminisce about a time in my past that was before I knew how government works.