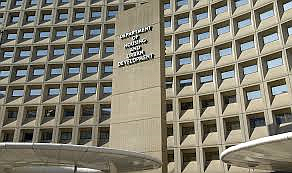 Washington DC - The Department of Housing and Urban Development formally proposed a new rule on Monday that would severely undercut the ability of people of color, women, people with disabilities, and other groups to challenge and seek redress from discrimination in housing and lending under the Fair Housing Act.

As part of established law for nearly five decades, the “disparate impact” rule enables people to challenge facially neutral policies or practices that have a discriminatory impact in effect or implementation, or that perpetuate segregation. Also known as the discriminatory effects standard, it was recognized in the 2015 U.S. Supreme Court decision in Texas Department of Housing & Community Affairs v. Inclusive Communities Project. This proposed rule would seriously undermine the ability of people to bring disparate impact claims, in addition to creating nearly overwhelming burdens for plaintiffs to overcome. Under the proposed rule, victims of discrimination would be required to anticipate and preemptively counter every potential defense of the defendant before being able to pursue a claim and seek redress for discrimination. “This proposed rule would eviscerate the key protections of the Fair Housing Act, and make it virtually impossible for communities of color to prevail in lawsuits challenging housing discrimination,” said Kristen Clarke, President and Executive Director of the Lawyers’ Committee for Civil Rights Under Law. “At a time when the Black homeownership rate has barely increased in the past 50 years, and we face ongoing housing segregation and a national affordability crisis, we need the full protections of the Fair Housing Act more than ever. We will vigorously challenge this proposed rule, and continue to fight housing discrimination nationally.”

“Disparate impact claims are firmly established in the law, and critically necessary to protecting communities of color and other groups against discrimination,” said Thomas Silverstein, Counsel for the Fair Housing & Community Development Project at the Lawyers’ Committee for Civil Rights Under Law. “While some discrimination is immediately evident on its face, much of modern-day discrimination in housing and lending is obscured and only redressable on a large scale. For example, predatory lending in communities of color is typically redressed through disparate impact, which enables victims of discrimination to obtain relief as a group and incentivizes banks and housing providers to proactively change business practices that result in discrimination. We are working with the National Fair Housing Alliance and a coalition of partners on the ‘Defend Civil Rights’ campaign to organize communities to oppose this latest attack on civil rights protections.”