Momentum for Speedway runs out of gas 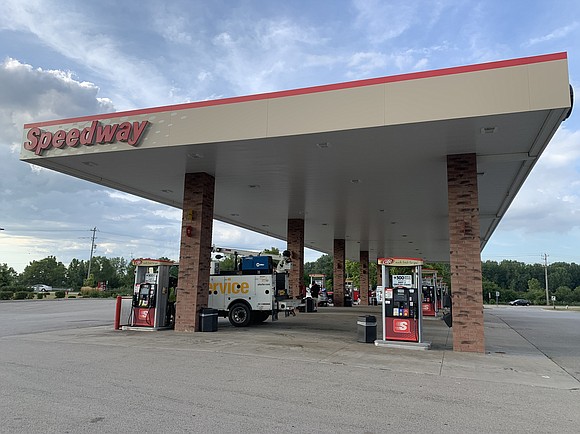 Panel action is a recommendation and is not binding. The Joliet City Council has the final say whether the plans can move forward.

The applicant, Christian Kalischefski, wants the city of Joliet to consider allowing a Speedway gas station and a future development to operate at 3401 and 3405 W. Jefferson St., which are located across from the runway at the Joliet Regional Airport.

Kalischefski is tasked with getting the city council to consider approving a set of zoning reclassifications, the vacation of utility easements and a preliminary plat of subdivision.

The gas station, if approved, would occupy a 3.85-acre lot with a one-story, 4,600-square-foot building that will also have a convenience store. A future development has been earmarked for the nearby 2.6-acre lot, but a site user has not been identified.

Currently, the two parcels are home to a vacant church and undeveloped land.

Kalischefski said the city stands to gain $190,000 annually in sales tax, plus $7.5 million in initial investment to the project area.

The applicant has included improvements to Houbolt Road as part of the proposal.

Kalischefski wanted it to be clear that the Speedway gas station is “dramatically less than a truck stop.”

Typically, truck stops are larger and are able to offer greater amenities than the average gas station.

Several residents at the meeting spoke in opposition to plans for the Speedway gas station.

The project was reviewed at a neighborhood meeting leading up to the public hearing. City documents show that residents and business representatives turned out by the dozens.

Concerns raised by the public included, among other things, traffic, safety and the fear of declining property values.

A petition made available online shows that more than 700 people have signed in protest of plans for the Speedway gas station.

Kalischefski tried to make his case for the project, turning to cite examples of other locations where Speedway has set up shop amid opposition only to gain community support over time.

Still, things did not add up for many at the meeting.

Among the panelists during the meeting expressing caution for the Speedway gas station was Commissioner Frederick Moore. He questioned the potential impact to traffic along Jefferson Street.

In a related development, the Joliet Zoning Board of Appeals at its meeting last week decided to postpone the consideration of a set of variations related to the Speedway gas station.

Officials said they wanted the plan commission and the city council to weigh in on the project first.