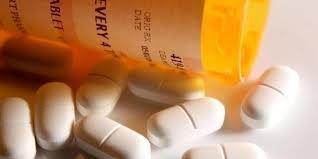 Raoul’s office is now seeking to broaden its lawsuit against Purdue to include members of the Sackler family, which founded and operates Purdue Pharma. In a motion filed Monday, Raoul seeks to add Richard Sackler, Mortimer D.A. Sackler, Kathe Sackler, Ilene Sackler Lefcourt, Jonathan Sackler, Beverly Sackler, Theresa Sackler, and David Sackler as defendants in the lawsuit. Raoul’s office alleges the various Sackler family members were also members of Purdue’s board of directors and participated in, directed, approved, or were aware of Purdue’s deceptive and misleading marketing efforts. Additionally, Raoul alleges that while the opioid epidemic in Illinois and around the country continued to ruin lives, and Purdue faced mounting legal threats, Sackler family members directed billions of dollars of company money to their personal accounts.

“The opioid epidemic facing this country has touched every corner of Illinois, costing lives, ruining families, and devastating communities. As the family behind Purdue Pharma, the Sackler family had a moral obligation to put patient safety before profits – but they chose to do the opposite,” Raoul said. “As thousands of Illinoisans were dying from opioid overdoses, one of the country’s wealthiest families became even more so by recognizing the addictive nature of Purdue’s opioids and pushing to increase prescriptions.”

Raoul’s April lawsuit filed in Cook County Circuit Court alleges that, between 2008 and 2017, Purdue dispatched sales representatives to Illinois hundreds of thousands of times. Raoul alleged Purdue also funded third-party publications under the guise of educational materials to promote opioids and downplay their risks, using terms like “pseudo addiction.” Sales representatives informed doctors and patients that the risks could be controlled. Despite knowing that its opioid painkillers were dangerous and being misused and diverted, Purdue allegedly targeted doctors with addicted patients and whose patients were diverting drugs for unlawful use. Raoul alleged that Purdue’s tactics more than tripled prescriptions of its opioids in Illinois.

Opioids are often prescribed to treat severe pain, as they reduce the intensity of pain signals reaching the brain; however, they can have serious side effects and are highly addictive. Opioids – such as morphine, hydrocodone, oxycodone, oxymorphone, and methadone – are a class of narcotic drugs that include heroin, some prescription pain relievers and fentanyl.

According to the Centers for Disease Control (CDC), more than 130 Americans die each day from an opioid overdose. According to the Illinois Department of Public Health (IDPH), more than 2,000 Illinoisans were killed by opioid overdoses in 2017. IDPH’s data also shows that between 2011 and 2016, instances of babies born with neonatal abstinence syndrome (NAS), which can occur when a newborn is prenatally exposed to opiates, increased by 53 percent. Babies born with NAS experience a variety of medical complications, including withdrawal symptoms, and often require longer hospital stays after being born.

Raoul’s lawsuit asks the court to prohibit Purdue and the Sacklers’ deceptive conduct in order to ensure it does not happen again in the future, and to assess penalties against the defendants. Raoul is also asking the court to require the defendants to give up revenues made as a result of the conduct, and pay to help remediate the problem.

Raoul urges anyone who believes they or a loved one may be addicted to opioids to seek help by calling the Illinois Helpline for Opioids and Other Substances at 833-2FINDHELP, which operates 24 hours a day, seven days a week.