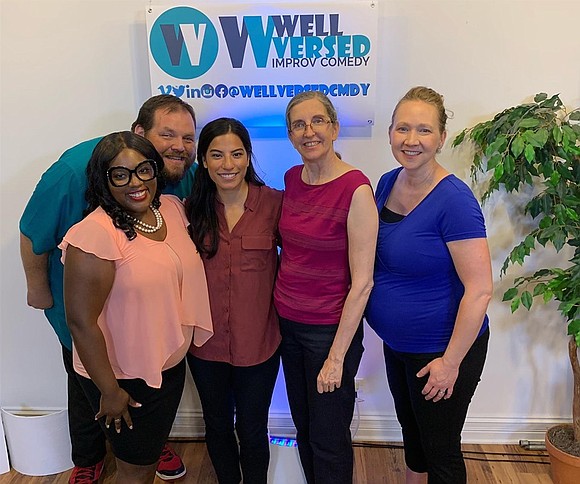 As part of an ambitious weekend to provide as many people the opportunity to enjoy clean and family-friendly entertainment, Well Versed Comedy is excited to announce the addition of a one-night-only production to be held at Chicago’s legendary Second City on Sunday, September 29. The production, called “The Decent Comedy Show,” is a Well Versed Comedy production to be held in Judy’s Beat Lounge at 6:30 PM, and will cap off a jam-packed PureFest Weekend.

PureFest is a Christian improv and sketch festival organized by Well Versed Comedy, their parent ministry Gifts for Glory Ministries, and Cross Point Church, located in Lockport, IL. PureFest will start on the evening of Friday, September 27, with a night of community, dinner, and improv jams for the Christian teams and performers that will be performing the next day. On Saturday, September 28, the, as of this release, 8 teams performing as part of PureFest will perform in 25-minute slots throughout the afternoon. Well Versed Comedy will be the featured improv team as part of PureFest on Saturday evening. The full schedule will be posted by September 14, at PureFest.org.

After completing PureFest, Well Versed Comedy will then take their unique form of clean comedy to the Old Town icon Second City on Sunday, September 29. Playing in Judy’s Beat Lounge is another feather in the cap for a team building notoriety and momentum in their quest to positively impact Chicagoland and the world.

“Being able to produce our own show on a Second City stage is such a great opportunity,” said Dave Ebert, founder of Gifts for Glory Ministries and Well Versed Comedy. “We are so blessed to have been able to record a five-episode television pilot, get coverage and interviews by regional and national media, prepare and see excitement build for PureFest, and now, to bring a show for all ages, all walks of life, including kids, to the iconic Second City, it shows there’s a desire and a need for clean comedy.”

Well Versed Comedy recently partnered with Road 2 Eternity, a multi-media production company in Joliet, Ill., to produce “His Line,” a five-episode pilot television program loosely based on “Whose Line is it Anyway?” Additionally, Ebert has been featured in Lockport-area newspaper articles, on The Tim DeMoss Show, a drive-time talk radio show in Philadelphia, Penn., and on the Daren Streblow Comedy Show, a nationally syndicated radio show and podcast.

The name of the one-night-only event has a double-meaning, like much of what has made Well Versed Comedy what it is.

Ebert said, “We named it ‘The Decent Comedy’ show for a couple reasons. First, we think we’re fairly talented. So, we’re ‘decent.’ Secondly, we’re also trying to communicate that the show itself will be ‘decent;’ that it will be open and accessible for all.”

“The Decent Comedy Show” will feature long- and short-form improv comedy, as well as stand-up comedy. Tickets are available through Second City’s website. Advanced ticket purchase is strongly recommended to avoid sell out. Tickets are limited to the first 60 purchased.

For more information on “The Decent Comedy Show,” contact Well Versed Comedy at improv@wellversedcomedy.com or at WellVersedComedy.com.