Something we can all agree on: A fair tax

“This isn’t about punishing the rich; it’s about creating a system that’s more equitable for everyone 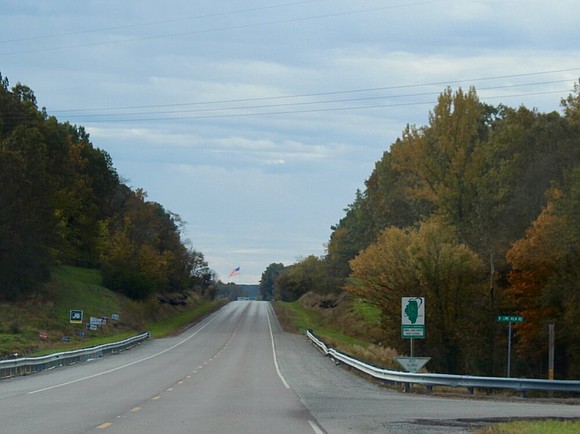 Southern Illinois in autumn in a shot taken about a year ago. (One Illinois/Ted Cox)

The battle is on over a fair tax in Illinois.

But that’s just the thing. Why is this a battle at all?

When Gov. Pritzker laid out his proposal for a graduated income tax last March, he quite plainly made the case that the state’s current flat tax was regressive. Paying the same percentage of income had a much more detrimental impact on taxpayers making, say, $50,000 or less a year than it did on Pritzker himself and others more comfortably off with more disposable income. Thus, the top 3 percent of state taxpayers earning more than $250,000 should pay slightly higher tax rates, producing more than $3 billion in additional tax revenue.

Just this month, in a debate with conservative pundit Dan Proft, Ralph Martire of the Center for Tax and Budget Accountability put forth that the state’s much-maligned and underfunded pension system was actually a consequence of that same flat tax. With the General Assembly required to raise income taxes on everyone if anyone, legislators resisted putting that to voters and instead held taxes level by repeatedly drawing on pension funding to balance the budget in the short term — resulting of course in pensions being underfunded in the long run.

Something has to be emphasized here that might be obvious, but keeps getting overlooked. This isn’t about punishing the rich; it’s about creating a system that’s more equitable for everyone.

As Martire stated, a fair tax system draws on money where it’s there in the economy. Ideally, it draws on segments of the economy that are thriving and can sustain a bit more investment in state government, and protects those who are struggling from being overburdened by taxes.

How is that so controversial as we enter the last year before Illinois voters decide whether to amend the state constitution to allow a progressive income tax? As the debate between Martire and Proft seemed to suggest, all the good sense is on one side and all the passions are on the other, especially as those passions are stirred up by those opposed to any and all forms of taxation.

Taking advantage of the dwindling number of newspapers and other fair-minded media outlets, anti-taxers have called the fair tax a “scare tax.” State Sen. Minority Leader Bill Brady has stated unequivocally that the graduated income tax “must be defeated,” even while drawing on arguments the Better Government Association found to be “false.”

Meanwhile, a study out of the University of Illinois at Urbana-Champaign and the Illinois Economic Policy Institute has found that a progressive income tax could cut property taxes and grow the state economy by $8 billion a year. And the Pritzker administration has attempted to undercut anti-tax scare tactics through the online Fair Tax Calculator, allowing anyone to determine how the fair tax will affect his or her tax bill, along with a study that suggests that rural, downstate counties would benefit most from the fair tax.

But somehow the sensible arguments keep getting drowned out by those long-established political tactics that divide and conquer. Just as the state’s current pension woes grew directly out of the flat-tax system, we’d like to suggest that divisive politics also grow organically out of the old, antiquated flat-tax rate, which traditionally created a state government that wasn’t adequately funded and in which diverse groups had to fight each other for scraps.