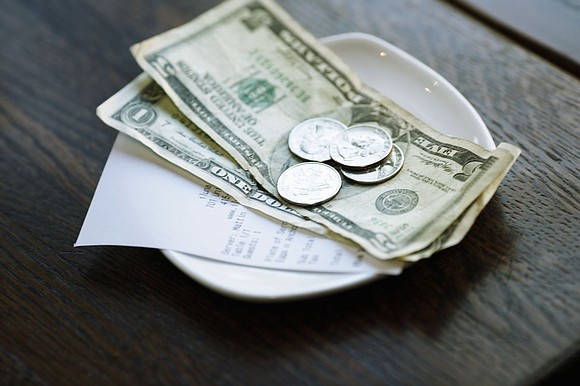 Attorney General Kwame Raoul, and a coalition of 19 attorneys general submitted a comment letter to the U.S. Department of Labor (DOL) opposing its proposed rescission of protections for workers who earn tips.

Under the Fair Labor Standards Act, employers are required to pay their employees the federal minimum wage. Illinois employers can meet this requirement by paying employees the full federal minimum wage – currently $7.25 per hour. They also have the option of paying a lower cash wage, no less than $2.83 per hour, and taking a credit for the difference with the tips that employees earn. This is known as the tip credit.

For decades, tipped workers have been protected by what is known as the 80/20 Rule. The rule ensures that any worker being paid under $2.83 per hour – due to their employer utilizing the tip credit – spends at least 80 percent of their work time doing tipped work.

The DOL’s proposal eliminates the 80/20 Rule. This means that employers would be able to assign workers to virtually unlimited amounts of non-tipped work – such as cleaning, cooking and other “back of the house” tasks – while paying workers a lower wage and still taking a tip credit.

“The Department of Labor’s attempt to eliminate the 80/20 rule would harm thousands of workers throughout Illinois who are already struggling with minimum wage incomes,” Raoul said. “Without the 80/20 rule, workers’ already low wages will be unfairly reduced and workers will be more susceptible to wage theft. I urge the Department of Labor to protect low-wage earners and reconsider this proposal.”

In the letter, Raoul and the coalition explain that the proposed rule would further erode the already low wages tipped workers are paid. The attorneys general also argue that the proposal is contrary to the purpose of the Fair Labor Standards Act – to protect workers – and that the DOL did not abide by the requirements of the Administrative Procedure Act when it failed to examine the proposal’s impact on wages and increased reliance on social safety net programs.

The letter builds on Attorney General Raoul’s efforts to fight unlawful employment practices. Earlier in December, Raoul led a coalition of attorneys general in opposing a DOL proposal to allow employers to expand its fluctuating workweek rule, the only rule under which workers’ hourly and overtime rates of pay actually decrease as the hours they work per week increase.

Raoul has also testified before the Congressional House Appropriations Labor, Health and Human Services, and Education Subcommittee about the wage theft crisis and the importance of the federal government partnering with states to combat wage theft. Raoul and a coalition of attorneys general secured a settlement this spring with four fast-food chains to stop using no-poach agreements, restrictive agreements that prevent employees from leaving one fast food franchise in pursuit of a better paying job at another franchise in the same chain.

Starting Jan. 1, 2020 a Worker Protection Unit within the Attorney General’s office will have the authority to enforce existing laws that protect workers’ rights and lawful businesses in Illinois. Raoul initiated legislation establishing the unit after becoming Attorney General.