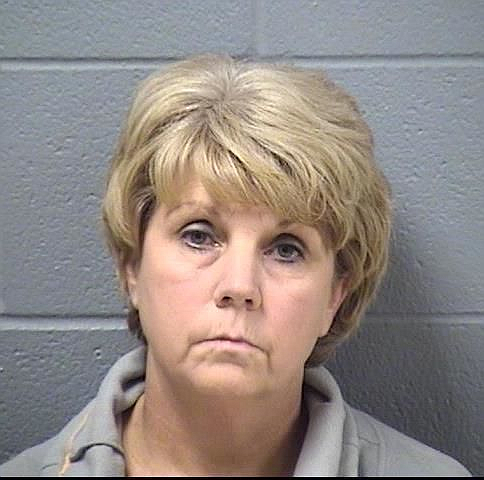 Will County Sheriff Mike Kelley is announcing the arrest of Melissa McGrath, age 51, of 15628 Waterford in Manhattan, on eleven counts of financial crimes pertaining to the investigation that began on August 6, 2019. Late this afternoon, a warrant was issued for McGrath's arrest for the following charges: five counts of Theft, two counts of Theft by Deception, two counts of Identification Theft, and two counts of Forgery.

Sheriff's detectives were called to Lincoln Way Central High School District 210, 1801 E. Lincoln Highway in New Lenox, on August 6th and spoke with administrators regarding suspicious financial transgressions discovered on the accounting books of the Lincoln Way Athletics Booster Club. Lincoln Way administration stated that they had conducted an internal investigation and believed that McGrath was running two sets of financial books in order to fraudulently take money from the Boosters Club.

Over the next few months, Sheriff's detectives conducted an investigation and found over $30,000 in Booster funds to be missing from August of 2017 through April of 2019. It was determined that McGrath created her own Booster account spreadsheet that she would present to the Athletic Boosters and a second official accounting report that she would submit to the school district. It was also determined that several submitted reports contained forged signatures of Athletic Club Board Members.

Sheriff's detectives picked up McGrath this afternoon at her residence. She was taken into custody and booked into the Adult Detention Facility. The warrant holds a $200,000.00 bond (10% to apply).