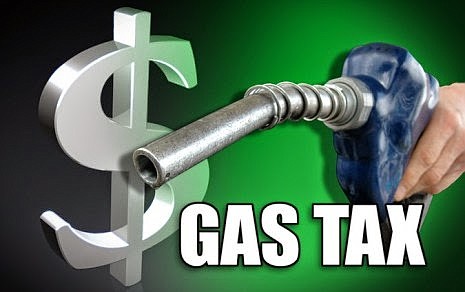 Will County roadways sustain more damage than other municipalities in the United States because we have the world’s largest inland port, CenterPoint in our back yard. The massive warehouses draw elevated levels of truck traffic and pollution to our neighborhoods. According to our friendly freight mobility study (2015), 380 million tons of freight traverse through Will County every day with 17,000 trucks traveling per day just on I-80 alone. Some of our state and federal elected officials have done a good job securing funding for infrastructure improvements, but the of costs to repair county roads falls on property owners.

Recently, Republican board members have raised opposition for this proposed gas tax, but they have done nothing to offer alternative funding mechanisms to adequately repair our roads.

So today, the board is faced with a decision to implement a user tax on motor fuel to repair our roads. While the proposed tax would bring in an estimate $12 per fill up from trucks, it is estimated to only affect passenger cars by about 40-60 cents per fill up (or $28/yr). We cannot impose a tax on trucks only (per the state law). The tax would have to be on all motor fuel sold in Will County, including passenger cars and of course trucks.

I support a plan to offset the cost on the gas tax with the property levee used for highway funds so that property owners have relief from the gas tax. This plan was initially introduced by Tyler Marcum but unfortunately it did not receive the support of the other members and thus the levees were set for 2020.

So, while I am in 100% support of raising road maintenance revenue primarily from the heavy users of these roadways. I cannot support this proposed raising of gasoline tax on top of what the state has already increased without it being paired with a decrease in the property tax levy for county roads.